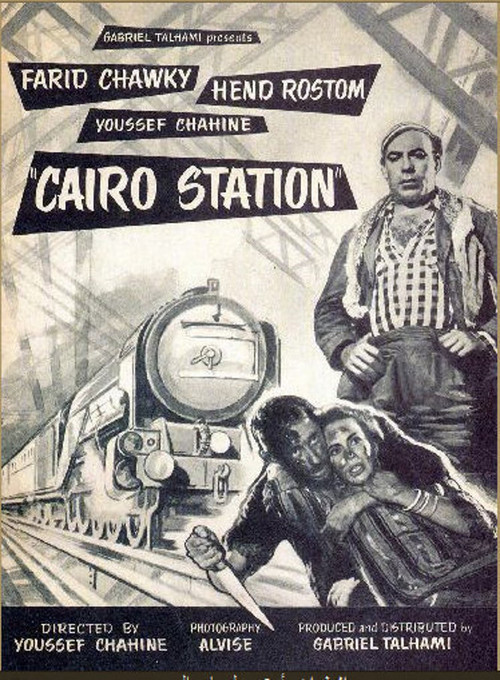 In the bustling Cairo train station, a host of workers make their meager livings, many only one step up from homelessness. One such person is Quinawi (Chahine), a physically handicapped peddler who scrapes by selling newspapers. Quinawi develops an obsessive fixation on the beautiful Hanuma (Rostom), a saucy beauty who sells cold drinks at the station. Foolishly, the headstrong, flirtatious girl leads him along, while all the time being betrothed to a young, strapping porter who's trying to unionize the stations exploited workers. When Quinawi learns he's been played for a fool, something inside him snaps, and soon enough Hanuma's lapse in judgment comes back to bite her.

Actor/Director Chahine's long-lost masterpiece (a.k.a, "The Iron Gate") is finally available again, and time has not dulled its impact. Shot in the noir style, with a plot Hitchcock would have loved, this unnerving film derives its creepiness entirely from the director's portrayal of central character Quinawi. As with Travis Bickle in Scorsese's "Taxi Driver," the audience realizes Quinawi's precarious mental state before his colleagues do, and as events unfold, we feel the primal dread of a human time bomb just waiting to go off. Though the master print used for this DVD is far from pristine, don't let this deter you. By all means, make haste to "Cairo Station."

Call Me By Your Name