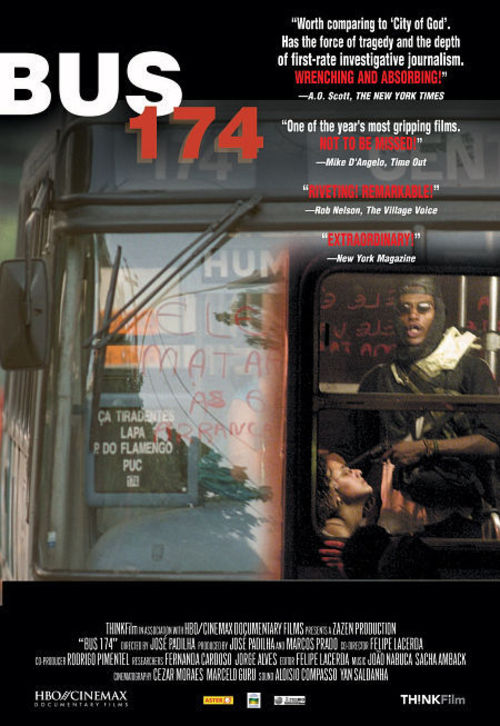 A tragic crime is captured for the ages in this unflinching feature. In Rio de Janeiro on June 12, 2000, a crazed man named Sandro do Nascimento held a busload of passengers hostage for over four hours, as cameras recorded the unfolding drama and as police stood helplessly by. Grim footage of the incident is combined with an equally sobering background on the perpetrator, formerly one of Rio's countless homeless children. This juxtaposition of crime and context provides no easy answers as to where to assign blame, as clearly Sandro is both victimizer and victim.

This terrifying real-life nightmare is like watching a car accident in slow motion. The unending cycle of poverty in Rio creates the conditions for such an atrocious crime; yet it's also understood this could happen most anywhere where similar social dynamics exist. More than anything else, as the film posits, Sandro feels forgotten and invisible — he wants to be recognized, wants others to feel and acknowledge his anger at being discarded and neglected for so long. Leading up to its shattering conclusion, the film makes us watch what otherwise we'd too readily avoid, and in the end, Sandro gets his wish.

Butch Cassidy and the Sundance Kid