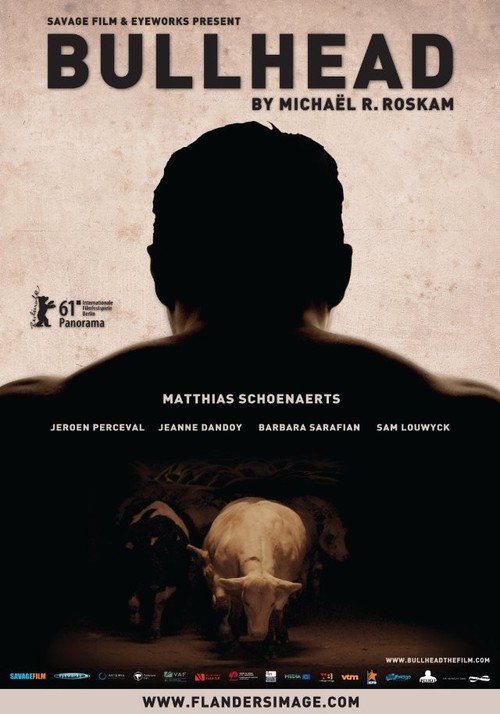 Jacky (Schoenaerts) works on his family cattle farm in Belgium, injecting the stock with illegal growth hormones and steroids. Himself a testosterone user since a childhood trauma from years before, he is now a full-blown, beefed up addict who can barely contain his rage. Jacky is about to close a big deal to sell these drugs to local crime boss De Kuyper (Louwyck)... when things start to unravel. It seems the police are onto the plot, and it may even be that Jacky's childhood friend Diederik (Perceval) is an informant. With the ill-timed return of a girl from his past (Dandoy), Jacky faces his tragic destiny.

Roskam's harrowing first feature uses the backdrop of Belgium's criminal underworld to portray one man's gradual disintegration. Both riveting and sad, Schoenaerts' commanding performance makes us care deeply about this damaged monster of a man. The actor bulked up considerably for this role (without steroids), but the anger and pain in his eyes comes from within. Based on fact (there really was a Belgian Hormone Mafia in the 90s), the director infuses the picture with bleak realism and authentic voices. Oscar-nominated for Best Foreign Language film, "Bullhead" is brutal, disturbing, and unforgettable.