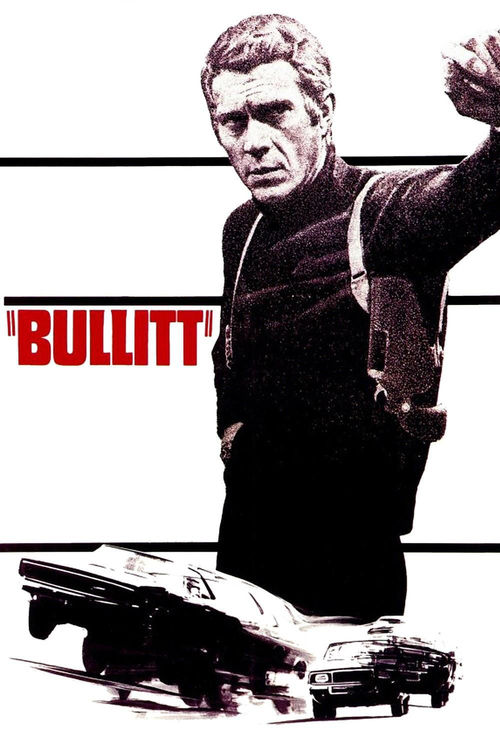 When hard-nosed Bay Area police detective Frank Bullitt (McQueen) launches an inquiry into the murder of a Mob informant under his protection, he is consistently stymied by aspiring politician Walter Chalmers (Vaughn), head of the Senate subcommittee investigating Mafia corruption. Undaunted, Bullitt pursues the underworld killers with dogged determination. Will he prevail?

A cop film which boasts one of the best car chases ever – an exhilarating, ten-minute romp through the streets of San Francisco – "Bullitt" is the ultimate McQueen movie (along with 1963's "The Great Escape"). The action sequences are taut and nerve-jangling, and the distinctive McQueen persona – reticent, self-reliant, cool under pressure – is fully formed and evoked. Of course, he was the "coolest" movie star of his time; still, he and "Bullitt" both endure. (Note: a young Jacqueline Bisset also makes for a stunning diversion as Bullitt’s love interest.)