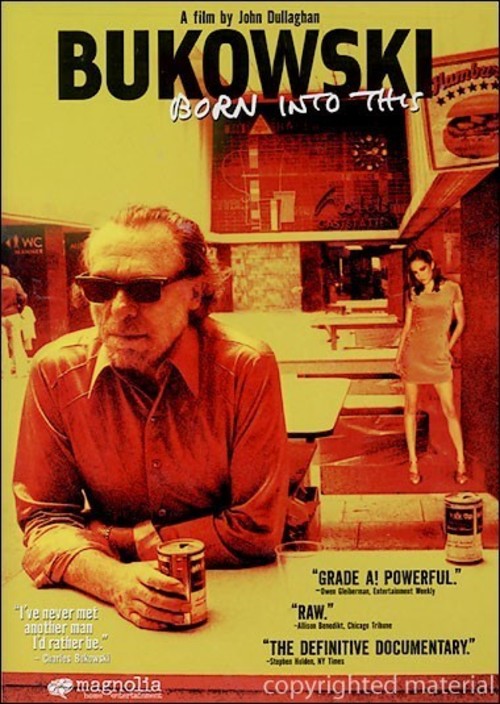 Bukowski: Born into This

Regardless of what you know (or don't) about Bukowski, Dullaghan's labor of love shouldn't be missed. Candid chats with Bukowski chums Sean Penn, Bono, Lawrence Ferlinghetti and others reveal sordidly hilarious details about his personal habits and booze-addled character, while verse by the man himself and a few choice excerpts from his autobiographical novel "Post Office" provide further contour. Writers have romanticized poverty and alcoholism since the 19th century, but few have actually lived it or written about it so vividly and naturally. "Born Into This" reveals why Bukowski deserves his legendary status.