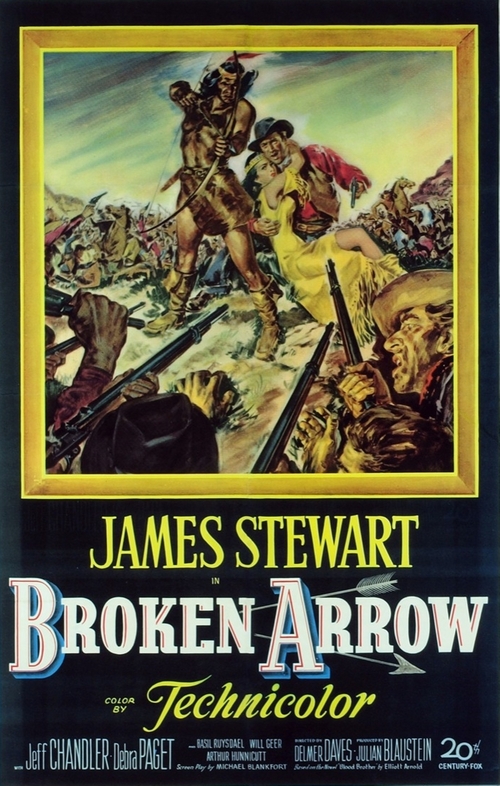 In the 1870s, at the height of the U.S. war with Apache Indians, a narrow encounter with a warrior search party teaches gold prospector Colonel Tom Jeffords (Stewart) that Indians aren't savages, but honorable people who stick to their word. Back in Tucson, he decides to re-enter enemy territory with the intent of talking peace with fearsome leader Cochise (Chandler). In time, the two become unlikely brothers, but a lasting truce will be harder to come by.

With its progressive message of tolerance and a heartfelt performance by perennial do-gooder Stewart, Daves's Technicolor Western is a key entry in the genre. "Arrow" not only advances the notion that the Apache got a raw deal from white interlopers, it gives us a hero who learns to speak fluent Apache so he can broker a truce between Cochise and an enlightened general. Daves even tackles racial intermarriage, with a subplot involving Jeffords and a young Indian maiden played by the stunning Paget. As a Western with more than shoot-outs on its mind, "Broken Arrow" hits the mark.