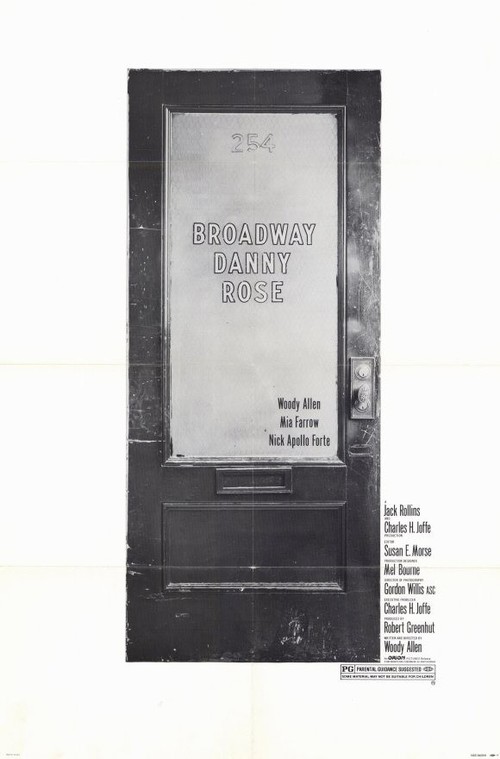 Danny Rose (Allen) is a struggling New York talent agent who specializes in Catskill casualties and mediocre has-beens. So when he nurtures two-bit lounge singer Lou Canova (Forte) back to success and finally books him at the Waldorf, where he'll sing for a big-time record executive (Milton Berle!), Rose is delighted. The only problem is, the antics of Canova's loud-mouthed, mob-connected girlfriend, Tina Vitale (Farrow), threatens to ruin everything.

Long under-appreciated even by Allen fans, "Rose" is a nostalgic, sweetly kooky comedy that weds borscht-belt humor and comic mafia hijinks. Like so many of the characters he's played, Allen's inept Danny Rose is a hoot to watch, but the real revelation here is Farrow playing against type in a big way. Her brassy turn as a Brooklyn moll is hilariously obnoxious. There's no shortage of gags or classic one-liners at the heart of this "Rose." It's well worth plucking.

Broadway: The Golden Age, By the Legends Who Were There