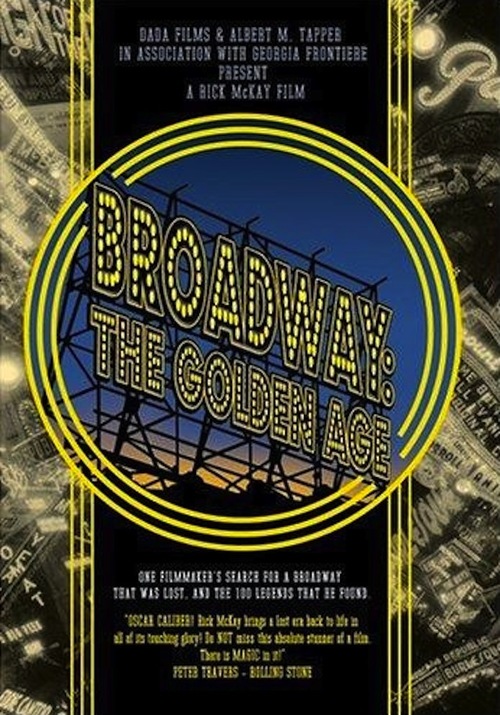 Broadway: The Golden Age, By the Legends Who Were There

Was Broadway in its heyday as volatile and drama-filled, as grandiose and exhilarating as we've come to believe? You bet it was — and in this star-packed documentary, director Rick McKay transports us back in time to the '40s, '50s, and '60s, when the name "Broadway" became synonymous with classy musical entertainment. Instead of relying on reams of archival stills and clips, McKay gets the straight stories from the actual legends — composers, entertainers, directors, and more — who made the magic happen and took New York musical theater to new heights.

Anyone passionate about Broadway, entertainment lore, or old New York will happily tuck into this nostalgic chatter fest featuring such luminaries as Bea Arthur, Kaye Ballard, Shirley MacLaine, Hume Cronyn, Robert Morse, and Angela Lansbury, who poignantly recounts her struggle to score the lead in "Mame." Don't expect a Ken Burns-style "history of" — this is more like spending an evening in the company of friends revisiting their fondest memories of a grand time in their lives. McKay does revisit the careers of heavyweights like Marlon Brando and Jessica Tandy, but mostly he cedes the floor to his magnificent talking heads: a who's who of musical illustriousness gabbing about everything from opening-night jitters to fiery controversies. It's true — there's no business like show business!