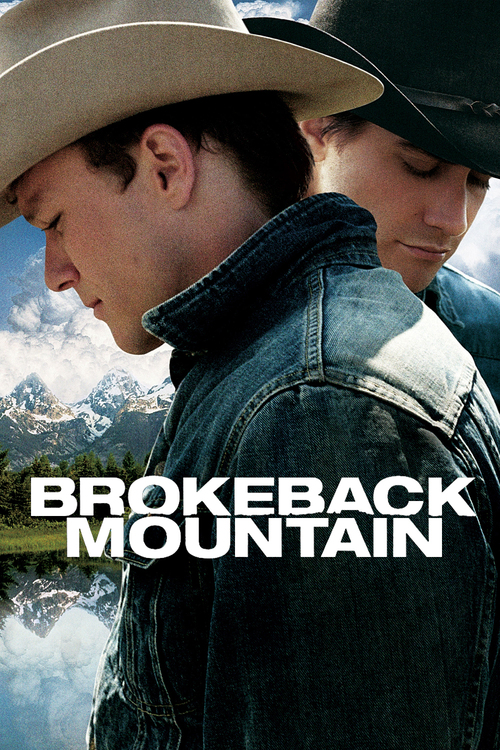 Hired to corral sheep high up in the Wyoming mountains for a season, taciturn horseman Ennis Del Mar (Ledger) and fellow wrangler Jack Twist (Gyllenhaal ) develop a close camaraderie that one night lapses into sexual intimacy. Years later, after marrying their respective wives, Ennis and Jack reunite and discover that their sexual feelings for each other have endured — a revelation that, over time, leads to a painful conflict.

Based on the Annie Proulx short story, Ang Lee's Oscar-winning "Brokeback" is an affecting, beautifully photographed story about a taboo-busting subject for a major Hollywood production: the love between two straight-identified cowhands. Lee handles the tale with admirable restraint and tenderness, outfitting the picture with lyrical Western imagery, but the outstanding achievement here is the late Ledger's turn as the laconic Ennis. As the tagline says, "love is a force of nature." When the final scene wrings your eyes dry, you'll know why.