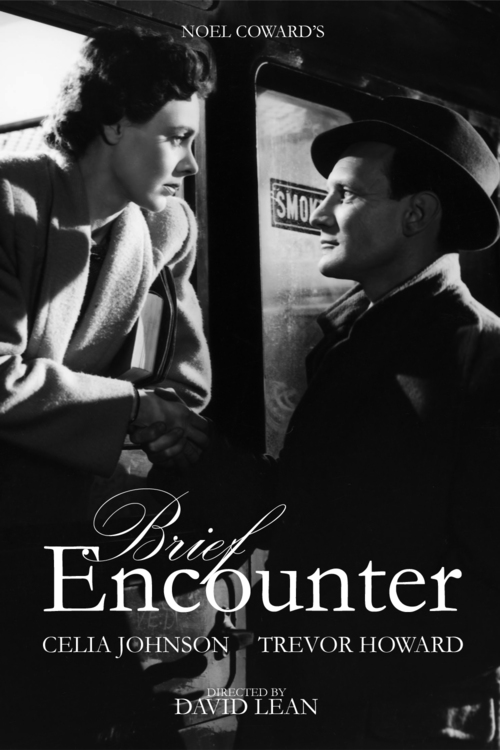 Based on a play by Noel Coward, "Encounter" relates the simple, wrenching tale of two people married, but not (maddeningly) to each other, who meet by chance in a train station and embark on a short, intense romance. We can tell Dr. Alec Harvey (Howard) is an honorable sort, and Laura Jesson (Johnson) seems settled and content in her married life, so their sudden, very powerful feelings for each other throw them both for a considerable loop. How they navigate these tumultuous emotions and regain their equilibrium forms the heart of the story.

This subtle, heartfelt British gem will still drench most anyone's Kleenex seven decades after its release. Performances by the two leads are impeccable; Johnson was rightly Oscar-nominated for her restrained, believable performance as a loyal wife bewildered by emotions she thought long dead. David Lean's impeccably understated direction and script (co-authored with Ronald Neame and Anthony Havelock-Allan), also received Oscar nods as well, and the use of Rachmaninoff's Second Piano Concerto throughout the film further heightens the powerful sentiment. Even with the characteristic British reserve much in evidence, the overall effect is intensely moving. "Encounter" this film.