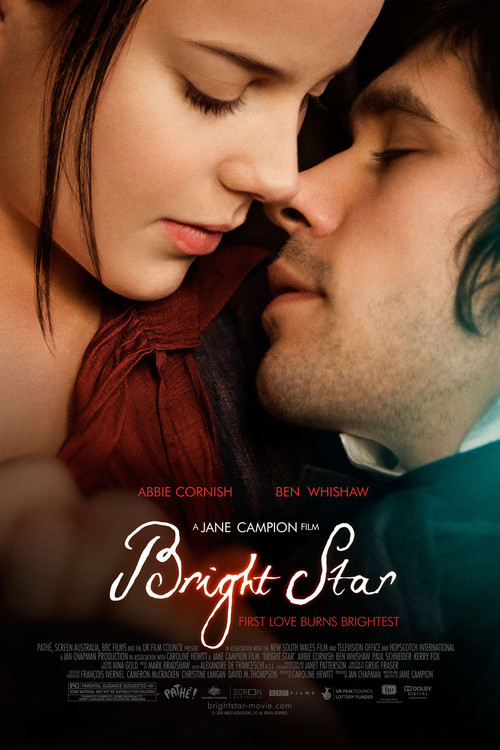 In 1811, England, free-spirited dressmaker Fanny Brawne (Cornish) and her neighbor John Keats (Wishaw) — at the time, an unknown young poet — grow close to one another after Keats's brother becomes gravely ill. Their bond strengthens over time, but social convention keeps them from marrying, so the couple restrict themselves to exchanging every form of intimacy but physical love. Keats’s friend and patron Charles Brown (Schneider), meanwhile, becomes a rival for Fanny’s attention.

Chaste but dizzyingly romantic, Jane Campion’s brilliant “Bright Star” re-imagines the famous real-life love affair between Keats, the great Romantic poet who died from tuberculosis at age 25, unknown and penniless, and the young, vivacious seamstress whose family occupied one half of his Hampstead house. The comely Cornish is the very picture of grace and independence, but Wishaw holds his own as the dreamy versifier who finds himself drawn into a blissful, tormented love affair with a woman he cannot have. Kerry Fox (as Fanny’s mother) and Schneider bring an earthier flair to their roles, allowing us to see the fog these young lovers drift into from inside and out. Catch a “Star!”

Bring Your Own Brigade