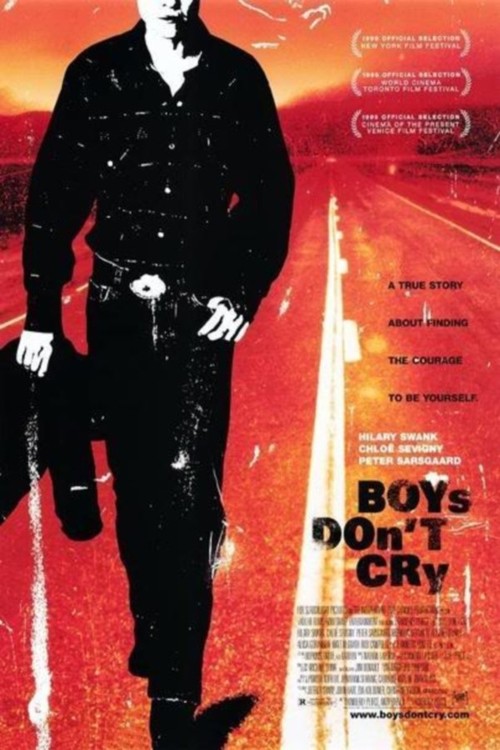 When 20-year-old Brandon Teena (Swank) moves from Lincoln, Nebraska to small town Falls City, all the good-natured kid with a crew cut has to show for himself is a certain way with the ladies. Soon, Brandon gets romantically involved with Lana (Sevigny) and falls in with a rough crowd, including ex-con John (Sarsgaard) and Tom (Sexton). When the guys discover he's actually a woman who's been living as a man, however, a violent confrontation ensues.

This gritty, compelling film by debut director Kimberly Peirce examines homophobia, gender identity, and unconventional love in a small, dead-end town. Based on the real-life story of Brandon Teena (born Teena Brandon) who was murdered in 1993, "Boys" is a first-rate docudrama with a lot on its mind, but Peirce never lets the issues diminish the emotional impact of her story. Swank's unusually brave performance, honored with an Oscar, is gut-wrenching to watch, while arthouse darling Sevigny breaks your heart as Brandon's love interest. Brutal subject matter, but "Boys" demands to be seen.