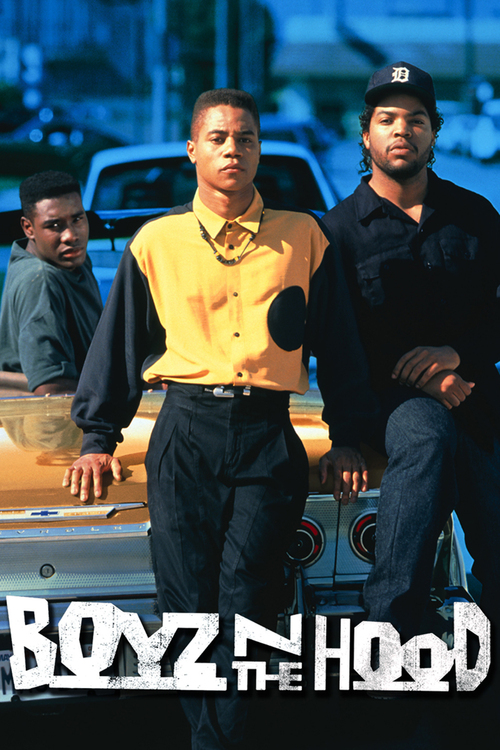 Growing up in South Central L.A., young Tre Styles (Gooding) is sent by hard-working but struggling divorcée Reva (Bassett) to live with his father, Furious (Fishburne), a no-nonsense disciplinarian who tries to instill him with solid values. But Tre and his longtime friends Ricky (Chestnut) and Dough Boy (Ice Cube) live amidst poverty and gang warfare, and it isn't long before the tragic cycle of violence catches up to them.

Singleton's urgent, moving drama deals head-on with a raft of tough subjects — the allure of thug life, inner-city poverty, racism — without losing its virtuous heart or universal appeal. Fishburne is terrific as the fiery, streetwise dad who schools Gooding's likable, college-bound Tre with some important life lessons. But the strongest performance belongs to rapper-actor Ice Cube, a troubled, combative teen with a criminal record that nevertheless remains loyal to his childhood buddies. Just 23 when "Boyz" hit theaters, Singleton earned two Oscar nods for his gritty, poignant story of strife.