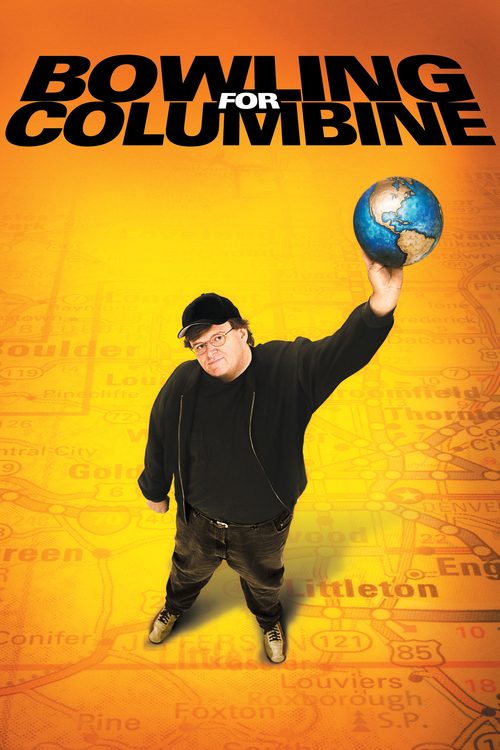 Documentarian Michael Moore here poses a complex question: Is there any correlation between lax gun-control laws and violent rampages like the one at Littleton, Colorado’s Columbine High School in 1999? Looking for answers, the intrepid Moore interviews celeb like Marilyn Manson, chats with the Michigan Militia, drops in on the brother of Oklahoma City bomber Terry Nichols, visits K-Mart’s corporate headquarters with two victims of the Columbine massacre, and confronts actor/NRA spokesman Charlton Heston at his gated home, which turns out to be a less than convivial visit.

In “Bowling,” the admittedly abrasive Moore does a masterful job of reinforcing that America’s problem with gun violence is of a scale and dimension unmatched by any other country on the planet. This disturbing film doesn’t attempt to provide pat answers as to why; the reasons are complex, burrowed into our heritage and traditions. That hardly makes the fact of it any less disturbing, and the (shockingly) easy availability of firearms in this country is certainly no help. This feature scored an Oscar for Best Documentary, cementing Moore’s position as one of our most thought-provoking filmmakers.