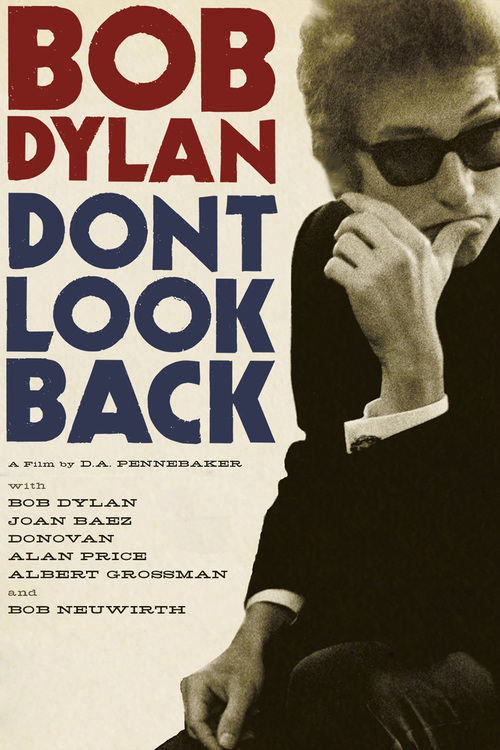 In 1965, Bob Dylan was at the top of his game as a celebrated, pioneering folk-music artist. But all that changed when he plugged in a Fender Stratocaster and radically shifted direction, becoming a bona fide rock ’n’ roll artist. Here, acclaimed filmmaker D.A. Pennebaker captures Bob Dylan on his career-defining 1965 tour of Britain, as his moody, often caustic, chameleon-like subject takes wing.

Shot in a verité-style by Pennebaker, “Don’t Look Back” gives us a peek at Dylan in his day-to-day life at the time: backstage; endless hotel rooms; the backs of limos; and press conferences, where his elusive persona and savage wit became honed to a fine point. Then-girlfriend Joan Baez is often seen clinging to her fellow, as is a fawning, clearly enraptured Donovan. Some footage, like an impromptu rendition of “Lost Highway,” is magical. But above all, it is Dylan’s magnetism and mystery, his cocky rocker’s ego and pure cheek, that turn this time capsule into something truly special. How does he deal with fame? “Don’t look back.”