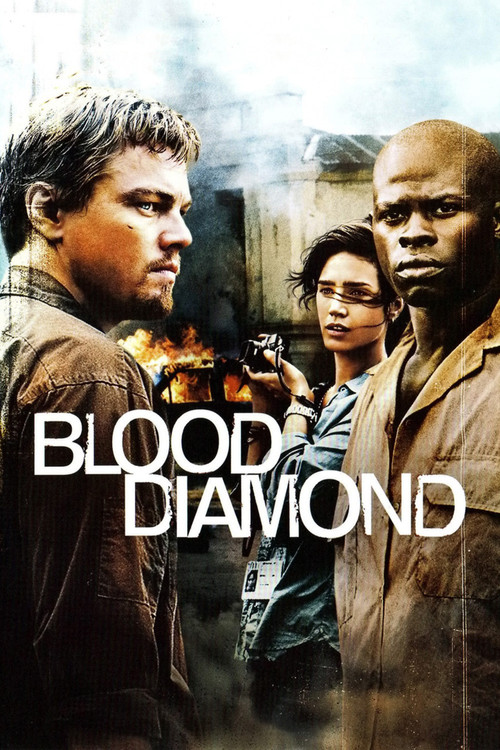 While serving time for diamond smuggling in war-torn Sierra Leone, former soldier of fortune Danny Archer (Leonardo DiCaprio) hears about an ultra-precious raw stone unearthed by Solomon Vandy (Djimoun Hounsou), a fisherman who’s hidden the pink monster somewhere inside his unstable country. Driven by greed, Archer makes a deal with Vandy, agreeing to help find his scattered family in return for a share of the gem’s value. Along for the ride is Maddy Bowen (Jennifer Connelly), an American journalist determined to illuminate the ugly underside of the world diamond trade.

Set during Sierra Leone’s bloody civil war in 1999, this action-thriller stars Oscar nominee DiCaprio as a ruthless smuggler who sells “conflict diamonds,” high-priced baubles used to finance war and terror before finding their way onto Western fingers. Shedding his boyish charm for antiheroic male bravado, DiCaprio plays the white Rhodesian Archer as an unsympathetic mercenary driven purely by personal gain. Hounsou, meanwhile, delivers an affecting performance as a humble man whose son has been forced into a child army. Edward Zwick directs with flair, visual daring, and a conscientious eye toward the real cost of diamond mining.