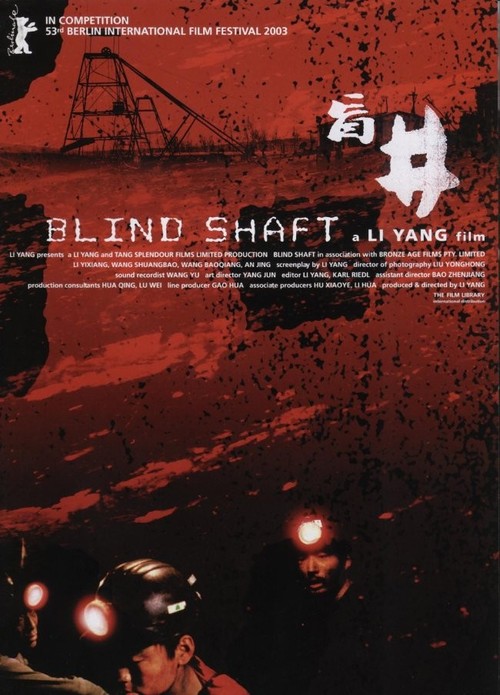 In grievously poor rural China, drifters Song (Li) and Tang (Wang Shuangbao) convince desperate men to pose as a brother or cousin, a pretext they tell each of their marks is necessary to find them work at a local mine. Once underground, they murder their newly minted "brother," making it look like the result of a cave-in, and collect hush money from the mine bosses. But when Song develops a paternal affection for their next target, underage student Yuan (Wang Baoqiang), Tang becomes impatient about moving in for the kill.

Filmed in actual Chinese mines, this bleak moral fable has as much to say about worker exploitation and the hardscrabble lives of China's population as it does the attitude of the criminal mind, sporting a gritty, smudged look that works perfectly with the tone, setting, and dog-eat-dog mindset of Song and Tang. Wang Shuangbao is especially good as the studious innocent forced to give up an education he could not pay for; a situation that resonates powerfully with Song, a father whose meager criminal earnings pay for his own son's schooling. As their relationship tightens, Li skillfully builds tension around the question of whether Song will carry out the plan and kill Yuan. Harrowing and ruthlessly realistic, “Blind Shaft” illuminates the darker corners of contemporary Chinese life.