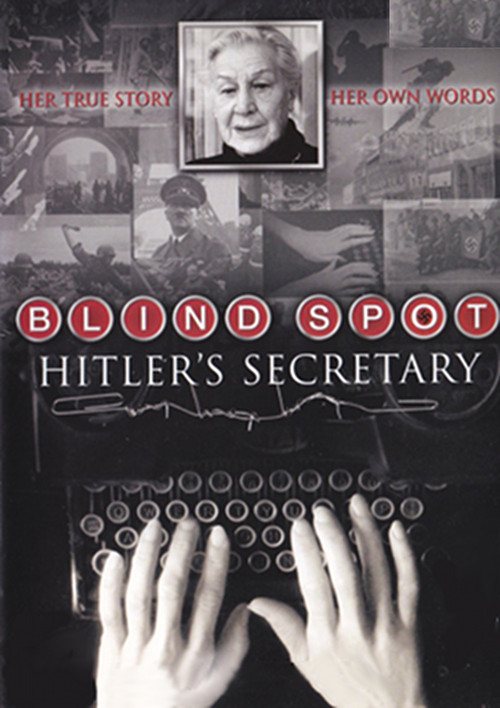 In this feature-length interview with Traudl Junge, one of Hitler's private secretaries, the 81-year-old reminisces about the gentle, courtly man she knew for the duration of the war. Her recollections are, of course, disturbingly far removed from the maniacal tyrant the world remembers. Her recounting of the horrific, bewildering final days of the Nazi regime are particularly riveting, given that she experienced it all from the vantage point of Hitler's inner sanctum.

The transfixing "Blind Spot" needs no graphic wartime footage to deliver its impact. Instead, the camera stays focused on Ms. Junge, who, in her early twenties as the war raged, was completely naive in her political outlook (or so she claims). This film is made more poignant in that Ms. Junge died shortly after production was completed, giving us the feeling that in these exchanges, she is working to expiate a lifetime of guilt, one born of ignorance — or perhaps more accurately, a suppression of horrific reality. This makes a perfect double feature with the outstanding narrative film "Downfall," in which her character is featured prominently.