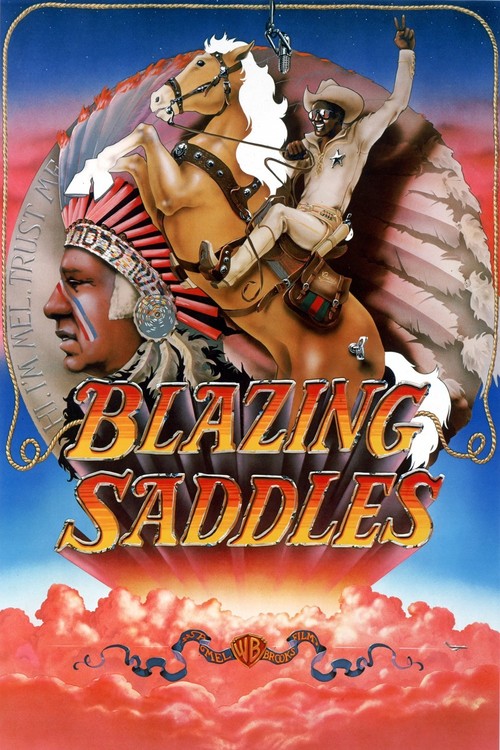 In the Wild West town of Rock Ridge, African-American sheriff Bart (Little) has been hired to drive away the town's residents. At least that's the hope of scheming speculator Hedley Lamarr (Korman), who plans to bring a railroad through town. When the racist villagers turn on Bart instead of abandoning their property, he has no choice but to summon jailbird gunslinger Jim (Wilder) for help.

This tastelessly ribald spoof of Hollywood Westerns packs a lot of silly madcap comedy into its 90-minute running time. Just about everyone imaginable becomes the target of Mel Brooks's shamelessly funny lampooning, and Wilder, Korman, and Slim Pickens turn in some of the loopiest performances of their careers. But it's Kahn who's especially memorable as Lilli Von Shtupp, a Marlene Dietrich-like chanteuse. If you're in the mood for humor that's lewd, crude and unabashedly infantile, hitch your wagon to "Blazing Saddles."