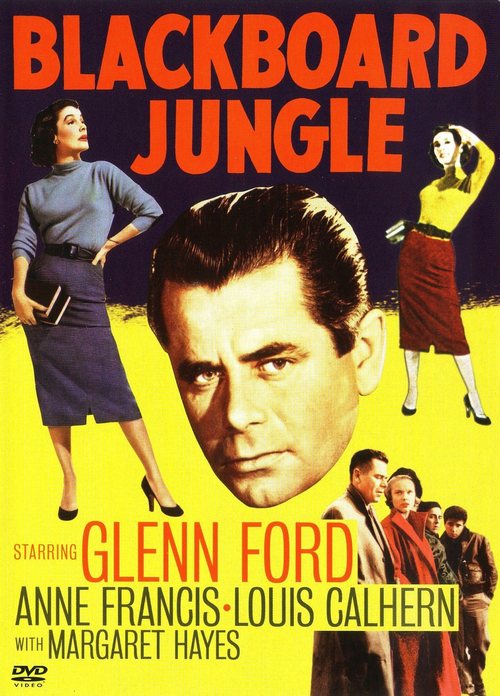 In the inner city of New York, army veteran Richard Dadier (Ford) takes a teaching job at an all-boys high school — which is overrun with switchblade-wielding punks, the most formidable of whom is rebellious leader Artie (Morrow). Though the other faculty members have caved to fear and intimidation, Dadier is determined to discipline the insolent youths — and fight back, if necessary.

Part urban melodrama, part behind-the-chalkboard exposé, Brooks's "Jungle" was the first American film to deal with the "problem" of teenage delinquency and classroom anarchy in our urban public schools. In doing so, it shocked the nation out of a postwar complacency. Today, "Jungle" still remains gritty and relevant. Ford, a square-jawed veteran of noirs and Westerns, is solid and likable as the fraught Dadier, but it's his excellent young supporting cast-including Vic Morrow, Jamie Farr, and an intense young Sidney Poitier (playing a promising student open to Dadier's entreaties) who jazz up this picture.