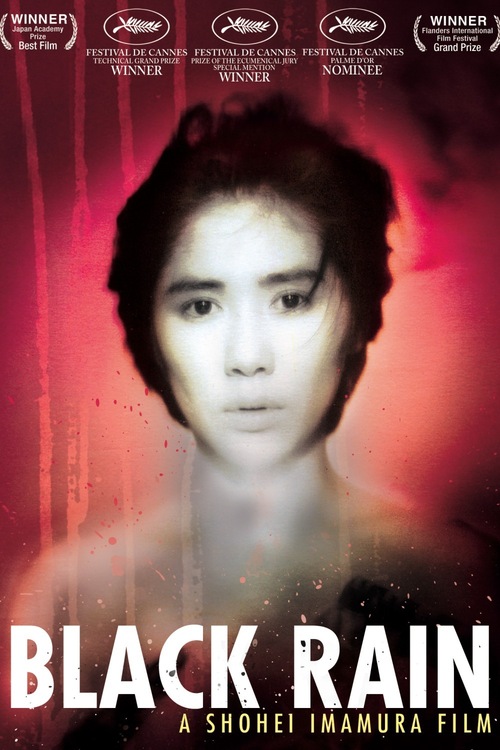 Five years after the cataclysmic nuclear blast that ended WWII, in a rural village near Hiroshima, Shigematsu Shimizu (Kitamura) occupies himself with marrying off his niece, Yasuko (Tanaka), before she begins to show the signs of radioactive illness that have afflicted others in the vicinity. Suitors are hard to find, even with a doctor’s clean bill of health, not least because rumors abound that Yasuko was visiting Hiroshima the day the bomb fell.

Normally an observer of tawdry obsessives and social outsiders, Shohei Imamura (“Vengeance Is Mine”) here adapts a novel by Ibuse Masuji to explore the grim, soul-killing consequences of nuclear devastation on the Japanese psyche, and its deep repercussions in family life and society. The film opens with a harrowing, ultra-realistic depiction of the blast and then fast-forwards to 1950, when illness has overtaken a nearby town and dampened the marriage prospects of a young woman; a pariah some believe brought the “Black Rain” upon them. Haunting and profoundly moving in equal measure.