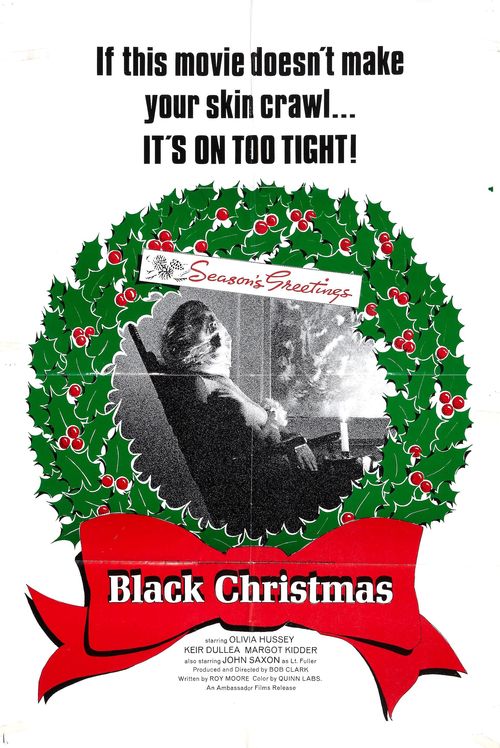 As their Pi Kappa Sigma peers begin to leave for the Christmas break, sorority sisters Jessica (Hussey) and bawdy Barbie (Kidder) stay behind for a Yuletide party. The cheerful mood is marred, however, by a series of frighteningly obscene phone calls. The girls get nervous enough when their friend Clare (Griffin) fails to meet her dad for the ride home... and then a teenage girl is found murdered in a local park, prompting a concerned visit by police lieutenant Kenneth Fuller (Saxon). Is a psychopath loose, or could this be more personal?

Three years before the release of John Carpenter's "Halloween" brought the term "slasher film" into our movie lexicon, Bob Clark (the director of "Porky's"!) helmed this Canadian-made psycho thriller starring Hussey, Kidder, and ubiquitous '70s character actor Saxon, playing a detective who suspects Jessica's jilted boyfriend (Dullea) is a killer. With its menacing atmosphere and see-less-scare-more dictum, "Christmas" avoids all the clichés that were to follow in gorier films to come. When the shrill ring of a telephone makes your nerves jump, you know Clark's dread-and-distress horror film has gotten under your skin.