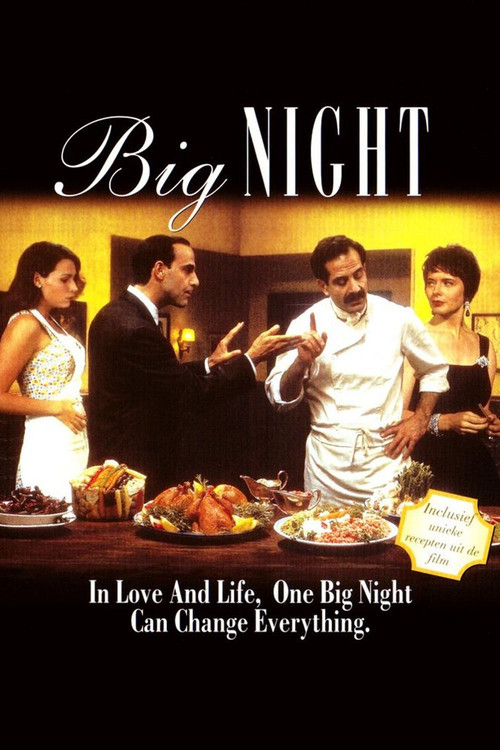 "Big Night" is a small joy, whose success lies in its recreation of period detail, and in bravura turns by its ensemble cast, particularly Shalhoub, who steals the picture as brother Primo, the shy, eccentric, uncompromising chef. Minnie Driver and Isabella Rossellini offer memorable support, but the main course is, of course, the banquet — a coup for the brothers, if guest of honor Prima shows. Tucci's script, written with his cousin Joseph Tropiano, revolves around food and family, but it also involves a familiar quest: to realize the American Dream without selling out.

Big Star: Nothing Can Hurt Me