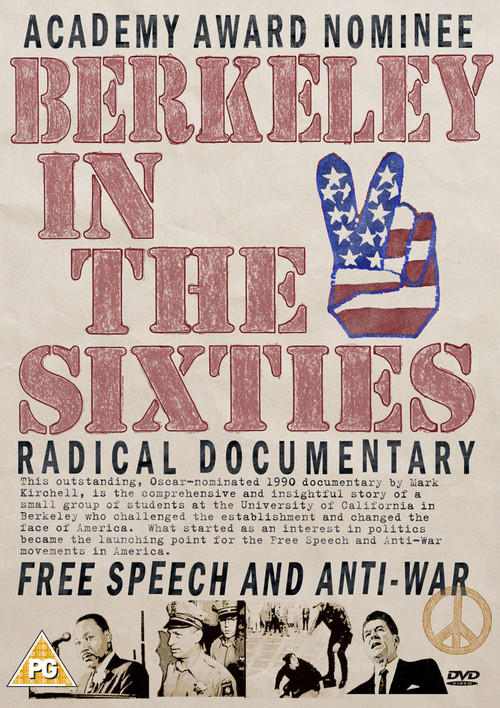 Berkeley in the Sixties

Sixties radicalism is often simply equated with hippies and drugs — but in this cogent, insightful documentary, Mark Kitchell traces the origins of the Free Speech Movement back to a mass protest at the University of California in 1964. Pairing archival clips with present-day interviews, he traces how campus activism evolved into an organized anti-war effort, and helped build worldwide support for civil rights, feminism, and the Black Panthers.

This clear-eyed film explores why and how Berkeley’s undaunted free-speech diehards inspired resistance movements across the country, as well as helped fuel Reagan’s rise to power. Kitchell’s sympathies may veer to the left, but this is no one-note exercise in remember-when nostalgia — it’s a full-fledged history lesson in American politics. Governor Pat Brown’s arrest of student organizer Mario Savio (“Put your bodies upon the gears!”) and the Sprout Hall protesters was an important moment in youth activism, and Kitchell’s witnesses provide sorely needed context for this and other events, including the mistakes (and mistaken idealism) of their gate-rattling youth.