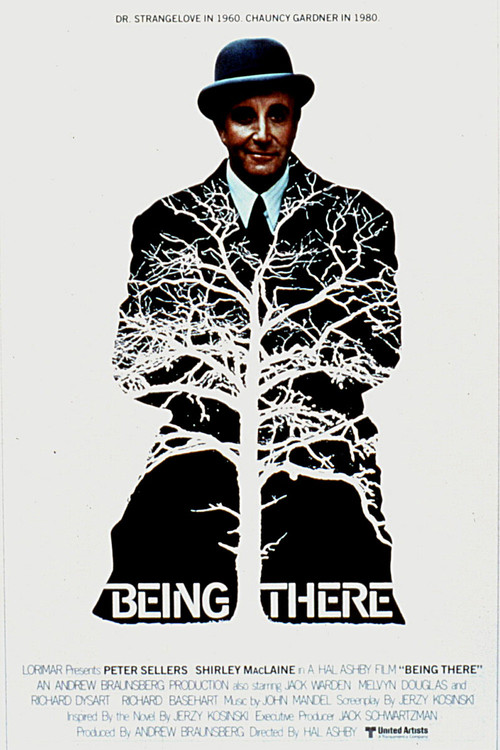 Sellers's second-to-last film proved to himself and the world that when called upon, he could be a superb serious actor. This ingenious tale tells of Chance, a child-like gardener in Washington, D.C., whose only education has come through television. Through a twist of fate, after his old employer dies, Chance (re-dubbed Chauncey Gardner) ends up in the home of powerful wheeler-dealer Benjamin Rand (Douglas) and his lonely younger wife Eve (MacLaine). Rand sees the stuff of genius in Chauncey's simple pronouncements, and soon the humble gardener has the ear of some even more powerful people.

Top '70s director Hal Ashby's adaptation of Jerzy Kozinski's original dark comedy is a triumph, due to Sellers's bravura lead performance and terrific turns from supporting players Douglas (who netted an Oscar), MacLaine, and the gravelly Warden as the President. Smart, funny and thought-provoking, the film's enduring poignancy partly comes from the fact that Sellers had only one year to live when he made the film. If you love great film — and especially if you love Peter Sellers — you'll love "Being There."