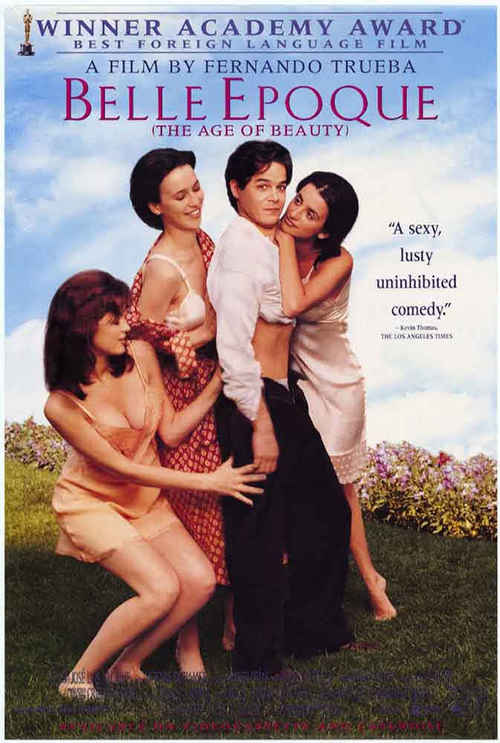 This infectious, ribald romantic tale has a simple, humorous set-up, but doesn't shy away from tragedy or depicting the realities of life during wartime. Still, it's a mostly lighthearted romp, and Trueba orchestrates the farcical aspects deftly, creating bold, well-developed characters and coaxing fine performances from his lead actors, particularly Penelope Cruz, who was still waiting to be discovered by Hollywood (and Tom Cruise) in 1992. The erotic shenanigans take on an added twist when Manolo's wife Amalia, a touring cabaret star played by the peppy Mary Carmen Ramirez, shows up with her new lover. Winner of an Oscar for Best Foreign Language Film, "Belle Epoque" is seductive, eccentric, and lively — like Spain itself!