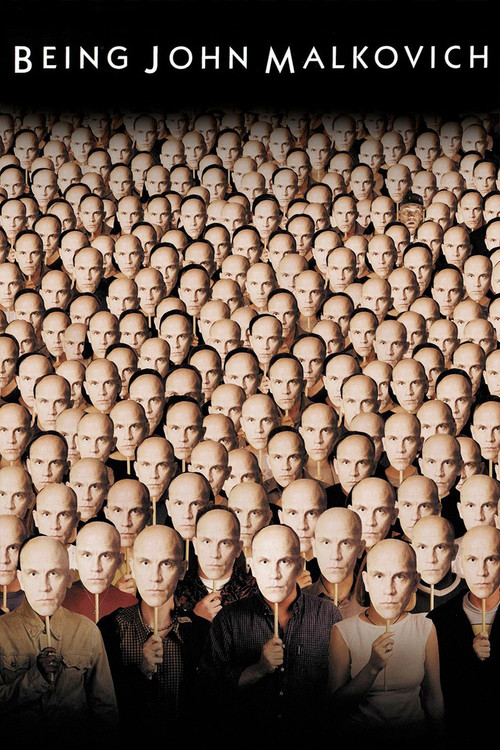 When down-and-out puppeteer Craig Schwartz (John Cusack) gets a job as a file clerk on floor 7 1/2 of a large office building, he makes a startling discovery — behind an old cabinet, he finds a portal leading directly into the brain of actor John Malkovich (John Malkovich!). Soon, he's enlisted aloof co-worker Maxine (Catherine Keener) and his dowdy, PETA-crazed wife Lotte (Cameron Diaz) in a scheme to charge admission for the novelty of "becoming" the famous thespian for 15 minutes.

This strangely inventive surrealistic comedy was the inaugural collaboration between former music-video-director Jonze and talented screenwriter Charlie Kaufman. With such a bizarre concept, this film could have sent audiences home scratching their own noggins, but Cusack, Keener, and a (nearly unrecognizable) Diaz have a bright, wonderful chemistry that shines through all the head-trippiness. And who can deny that Malkovich, normally such a priggish presence, doesn't have a devilish sense of humor — especially in a hilarious scene where he enters his own head and freaks out? Clever, inspired, and extremely funny, "Malkovich" is cinema-as-funhouse-mirror, and the effect is dizzying.