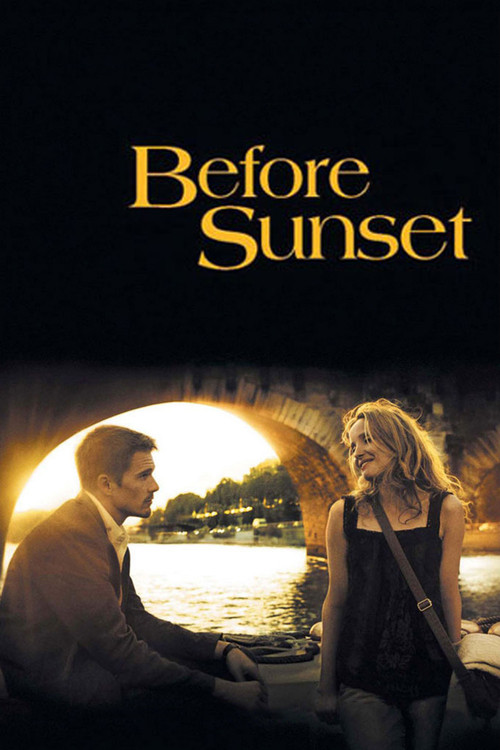 In “Before Sunrise” (1995), Celine (Delpy) and Jesse (Hawke) met in Europe and spent a magical night together in Vienna. Nine years later, Jesse, now a published writer, comes to Paris to promote his new book, which is inspired by their brief encounter. Celine comes to the bookstore and they reconnect. As the minutes count down to Jesse’s flight back to America, the couple wanders around Paris, taking a boat ride and eventually ending up at Celine’s bohemian apartment. Will they seize this second chance at love?

Linklater uses the gorgeous Parisian light to frame his actors (and collaborators on the Oscar nominated script) as they walk and talk and re-discover their feelings for each other. In long, uncut takes, Delpy and Hawke’s seemingly spontaneous interaction becomes ever more poignant, as the former lovers reach into the past, explore the present and inch hopefully towards a future. Though (like its predecessor and sequel) it is an inspired gabfest, the writing is achingly perceptive, and both leads turn in performances of striking honesty. If you’re not moved by the end of “Sunset,” you need to see someone.