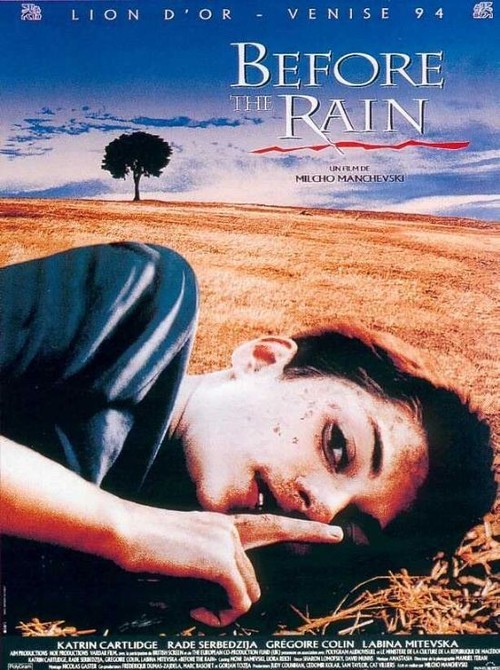 Three separate but connected stories play out against the backdrop of the Bosnian war in the early 1990s. In Part One (titled “Words”), a young Macedonian priest (Colin), who has taken a vow of silence, shelters an ethnic Albanian girl (Mitevska) from a group of vengeful villagers. Part Two (“Faces”) concerns a London photo editor (Cartlidge) who must break the news to her husband that she’s in love with Aleksandar (Serbedzija), a Macedonian war photographer. Finally, in the concluding segment (“Pictures”), Aleksandar returns to his village in Bosnia to find it torn apart by Christian/Muslim ethnic strife.

Manchevski’s thought-provoking cinematic triptych scrambles chronology to make a larger philosophical point. By suggesting that the circle of violence can and must be broken (the refrain “the circle is not round” gets repeated), the director sees a possible end to these seemingly intractable territorial and ethnic conflicts. But, he posits, progress will depend on the willingness of people to re-think their long-engrained perspectives. Among a solid cast, Serbedzija stands out as the world-weary photographer, projecting a forceful, charismatic screen presence. This was the first-ever Macedonian film to be Oscar nominated, and “Rain” fully earns that distinction.