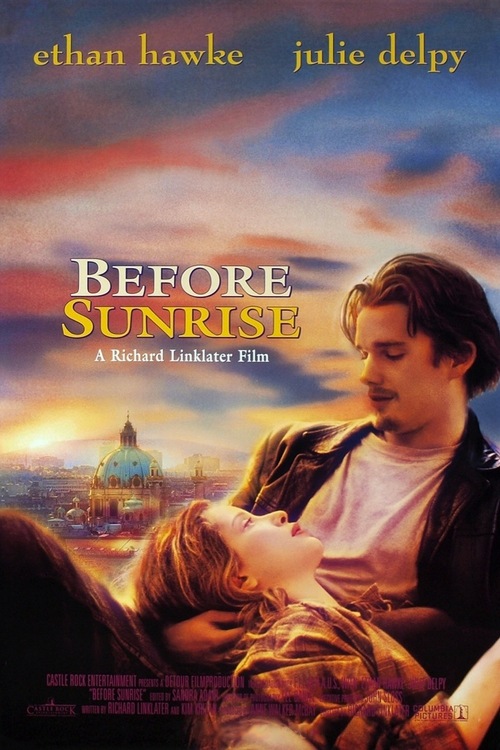 Making his way to Vienna to catch a cheap flight home, 20-something American tourist Jesse (Hawke) chats up Celine (Delpy), a student at the Sorbonne, on a Eurail train; the pair find that they have a lot in common. When they arrive at his station, Jesse proposes that Celine disembark with him in Vienna and keep him company until his plane leaves the next morning. Impetuously, she agrees, and together they embark on a brief but unforgettable adventure.

This intelligent and unconventional tale of talky romance borrows something from the work of French auteur Eric Rohmer; nonetheless, "Dazed and Confused" director Linklater — a master of meandering conversation — puts his own stamp on the character-driven drama with searching, tone-perfect dialogue. As the two wander the streets discussing love and sex, history and politics, Hawke and Delpy make attractive kindred spirits whose youthful, sometimes argumentative exchanges really seem to echo life. Despite the R rating, "Sunrise" is an ideal film for teens, as it captures a sense of life's wondrous possibilities.