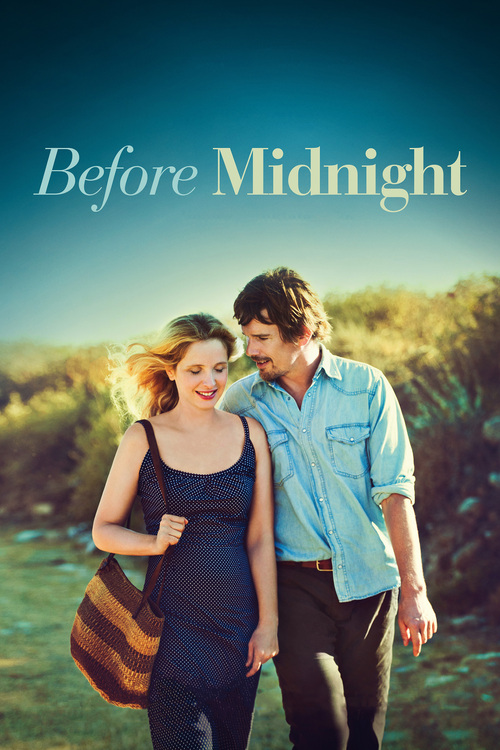 In 1995’s “Before Sunrise,” American Jesse (Hawke) and French Celine (Delpy) spent a romantic night together, then went their separate ways. In “Before Sunset” (2004), they reunited in Paris and realized they were in love. Now, the couple is vacationing in Greece with their young twin girls after a summer spent with Jesse’s son Hank (Davey-Fitzpatrick). Jesse and Celine pass a convivial day with friends. But their life together no longer feels spontaneous, and familiarity has bred contempt. Or is it something else?

The beauty of Linklater’s trilogy comes from the evolution of this verbal, vocal couple as they age and mature, reminisce and regret. The two leads created the screenplay alongside Linklater, and there's an organic development of their interchange along with the authentic, naturalistic performances. Although Linklater shoots long, uncut takes, the film never feels static thanks to the wit and dexterity of the script. Containing resonant insights about relationships, love, and sex, this third episode cuts close to the bone. It’s funny, sad, flirty and angry; in short, everything that a long-term partnership can be. It’s a joy to grow older with Jesse and Celine, two of the most fully realized on-screen characters we know!