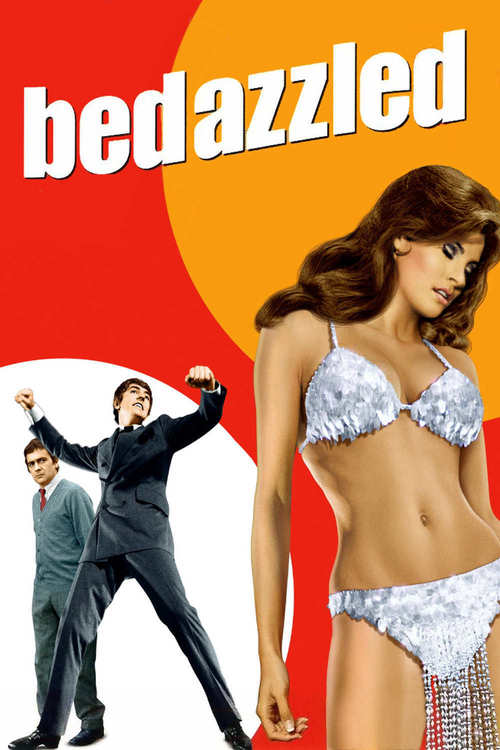 Lonely short-order cook Stanley Moon (Moore) is hopelessly in love with leggy co-worker Margaret Spencer (Bron), but she hardly notices him. Fed up, Stanley prepares to hang himself at his flat, but is interrupted by the dashing George Spiggott, a.k.a Satan (Cook). After convincing Stanley that he is real (which involves procuring an ice-cream bar), the Prince of Darkness offers Stanley seven wishes in exchange for his immortal soul. Stanley is game, hoping to snag his beloved Margaret, but the devil's in the details.

Writer-actors Cook and Moore had a snorting good time in this hilarious twist on "Faust." Cook is arch, acerbic, and devoted to mischief, while the wimpy Moore is hapless and irritated by Satan's maddening way of thwarting his efforts at lovemaking; together, the two make a smashing pair. Irreverent and wit-fueled, "Bedazzled" manages to lampoon the London mod scene, traditional religion, and even the Queen. Plus, how can you pass on a movie where Raquel Welch plays the curvy embodiment of Lust? Now don't forget those magic words: "Julie Andrews!"