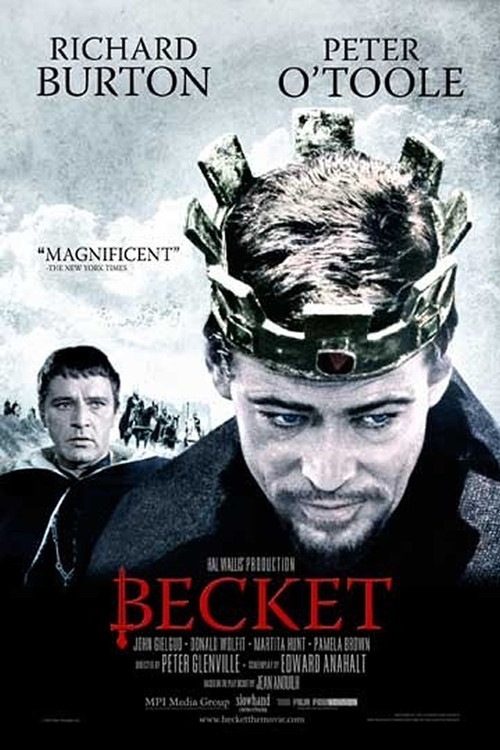 Hoping to secure his power in 12th-century England, profligate Norman King Henry II (O'Toole) nominates his Saxon soulmate and partner-in-decadence Thomas Becket (Burton) to be the new Archbishop of Canterbury. Unfortunately for Henry, and despite Becket's own warning, his friend assumes the ecclesiastical office, then takes his role as spiritual minister very seriously.

Based on the historical play by Jean Anouilh, Glenville's exquisite costume drama about the rift between a king and his one true mortal friend earned Best Actor nods for both of its electrifying leads. O'Toole practically bursts off the screen, loudly agonizing about his split with Becket, venomously lashing out at his shrewish wife and mother, and cathartically baring his broken heart at a momentous encounter on the beach. Burton, by contrast, is thoughtful and taciturn, nobly donning the robes of an office he intends to legitimize for "God's honor." Lustily acted and grandly realized, "Becket" is a mega-watt production worthy of any king.