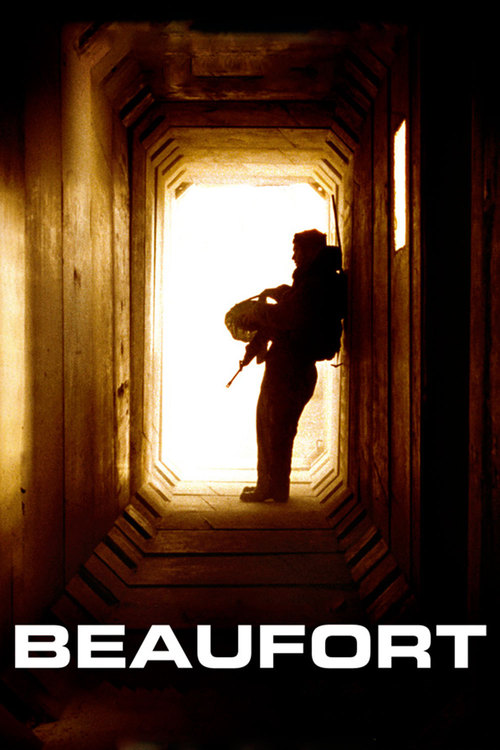 Liraz Liberti (Cohen) is a brave but green outpost commander in the Israeli army during the waning days of the occupation of Lebanon. He is one of a small group of soldiers remaining at Beaufort, an ancient crusader fort that sustains heavy bombardment from the Hezbollah. When the group receives word that Israel will finally be pulling out of the country, and they are to retreat from Beaufort and return home, Liberti realizes the vulnerability of their new predicament and devotes himself to keep his men safe amidst the constant violence.

An Academy Award Nominee for Best Foreign Film, "Beaufort" takes us inside the turbulent hearts and troubled minds of young men embroiled in the long-standing Israeli-Arab conflict. Nationalist politics are not the real focus here; rather, the spotlight is on the soldiers themselves, who have led an almost surreal existence stationed in a totally isolated fort, and now confront leaving it with a mixture of relief and fear. A perceptive, believable script and raw, heartfelt performances from its talented cast animate this fascinating war picture, where the conflict feels as much internal as external. A winner all the way.

Beauty And The Beast