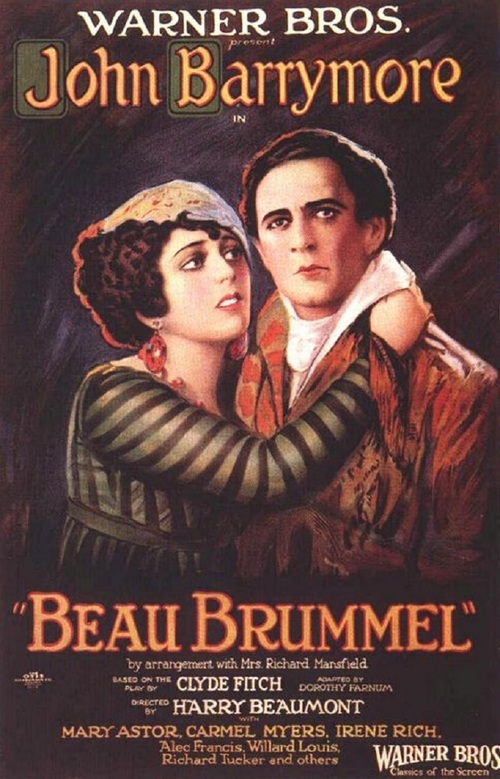 A lowly officer in the British Military, George Bryan Brummel (Barrymore) has little to offer his high society lover Lady Margery (Astor), who caves to pressure from her parents and marries another. Brummell decides to handle the heartbreak by spiraling into a life of hedonism, and eventually he attracts the attention of an amused Prince of Wales (Louis), whose generous financing allows him to leave the military for good. In an unexpected tussle, however, Brummell unwisely insults the Prince, biting the hand that feeds him. He finds himself rejected from society, with no one but the married Lady Margery and his faithful manservant Mortimer (Francis) to tend to him.

This loose biopic of 19th century British rogue Brummel remains a highly entertaining and affecting tale of true love thwarted by the rigid class structures of the day, while also serving as a cautionary tale about the perils of leading a dissolute life. The film is all Barrymore, however, as the actor’s powerful charisma literally radiates off the screen. This role helped cement his position as the screen’s most romantic leading man, only rivaled by the great Valentino. Rumors abound that he had an affair with Mary Astor during the shooting of the film, and, even in silence, their onscreen chemistry is palpable.