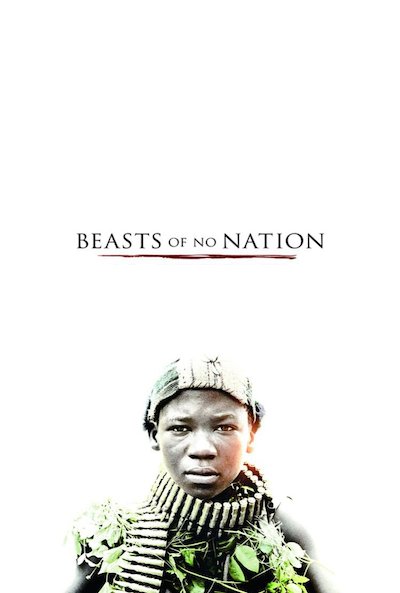 Beasts of No Nation

A civil war is breaking out in the West African country where Agu (Attah) lives with his family. When rebel forces enter his village, Agu flees into the jungle after his father and brother are slaughtered. He is taken in by a Commandant (Elba), the leader of a rebel faction and forced to undergo a brutal initiation. As a new member of the militia, Agu is forced to commit unspeakable acts of violence, all the time while praying that he will see his mother again.

This searing portrait of child soldiers and wartime savagery is adapted from a novel of the same name by Uzodinma Iweala. Fukunaga directs with clear-eyed ferocity, drawing us into the untamed jungle and desperate predicament of young Agu. Attah, in his debut role, brings just the right blend of sadness and strength to a child whose innocence has been torn away. As false father to his child army, the charismatic Elba is evil personified, commanding respect and terror. He won a Screen Actors Guild award for his role in this tough, blood-spattered movie that’s not for the faint of heart.

Beasts of the Southern Wild