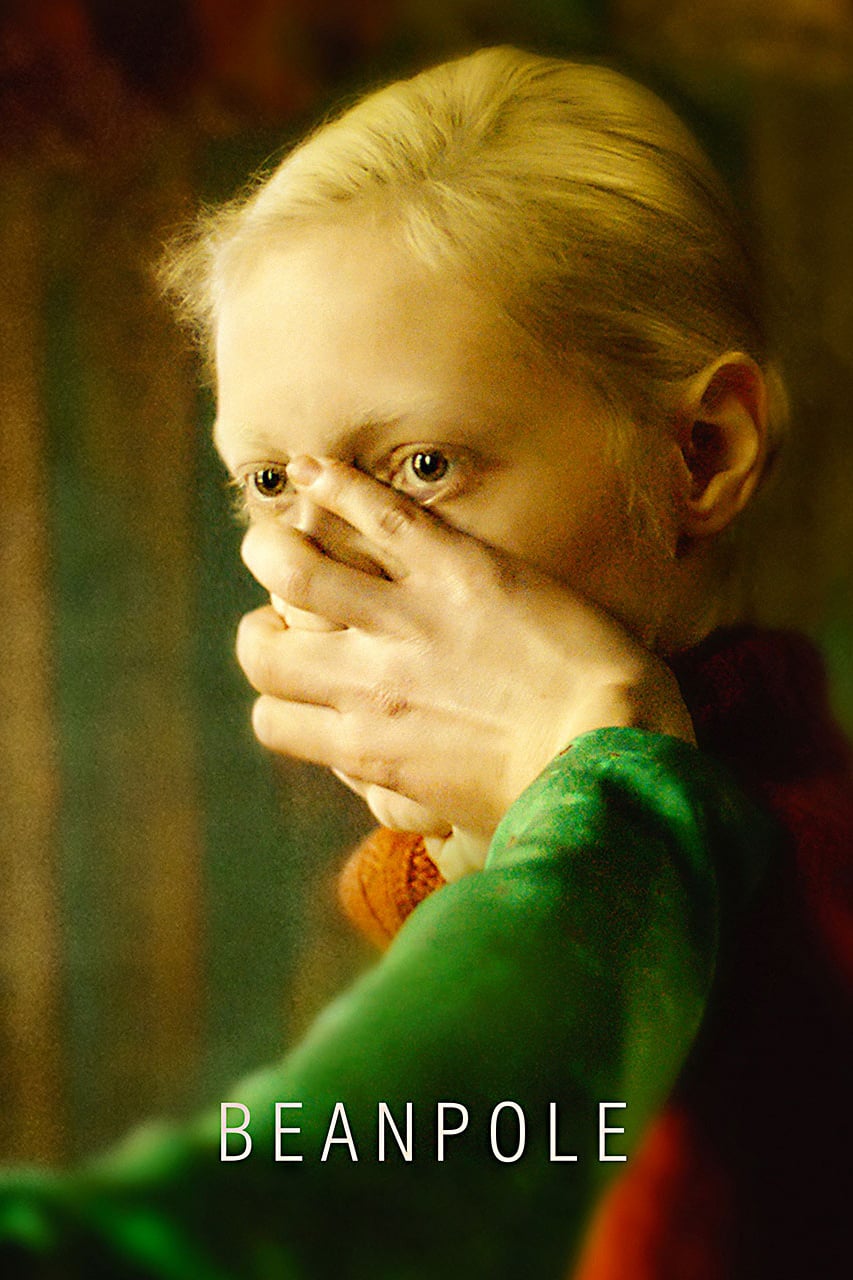 Iya (Miroshnichenko), nicknamed “Beanpole” for her thin frame and six-foot-plus height, is a nurse caring for the wounded in 1945 Leningrad, just after the war has ended. In the wake of the siege there that caused unspeakable suffering and death, what dominates is ruin, seen in collapsed buildings and the dazed, hollowed-out faces of countless victims who have managed, just barely, to survive thus far. For Iya, who served on the front lines and has post-concussion syndrome causing seizures, the worst is far from over. First, an accident happens to a young boy (Glazkov) in her care, and when her old friend and the boy’s mother Masha (Perelygina) returns from the front, Iya is not spared any guilt. These two scarred women, a study in opposites, must somehow find a way forward.

Director Balagov’s second feature manages to be extremely bleak and never less than riveting. The two female leads deliver knockout performances, in particular the fascinating, captivating Perelygina. The overwhelming trauma of war is evoked everywhere, offset by brief glimpses of hope and humanity amidst the rubble. Above all, the film is a superb character study of how two very different souls, bound together by fate and circumstance, attempt to cope not only with the horror of their recent past, but the uncertainty and despair that cloud their future. Kseniya Sereda’s vivid, eye-popping cinematography puts us right in the middle of hell on earth, beside these tragic characters whom we can’t help but root for. Winner of many awards, including “Un Certain Regard” for Balagov at Cannes, this “Beanpole” packs a wallop, and delivers the goods.

Beasts of No Nation