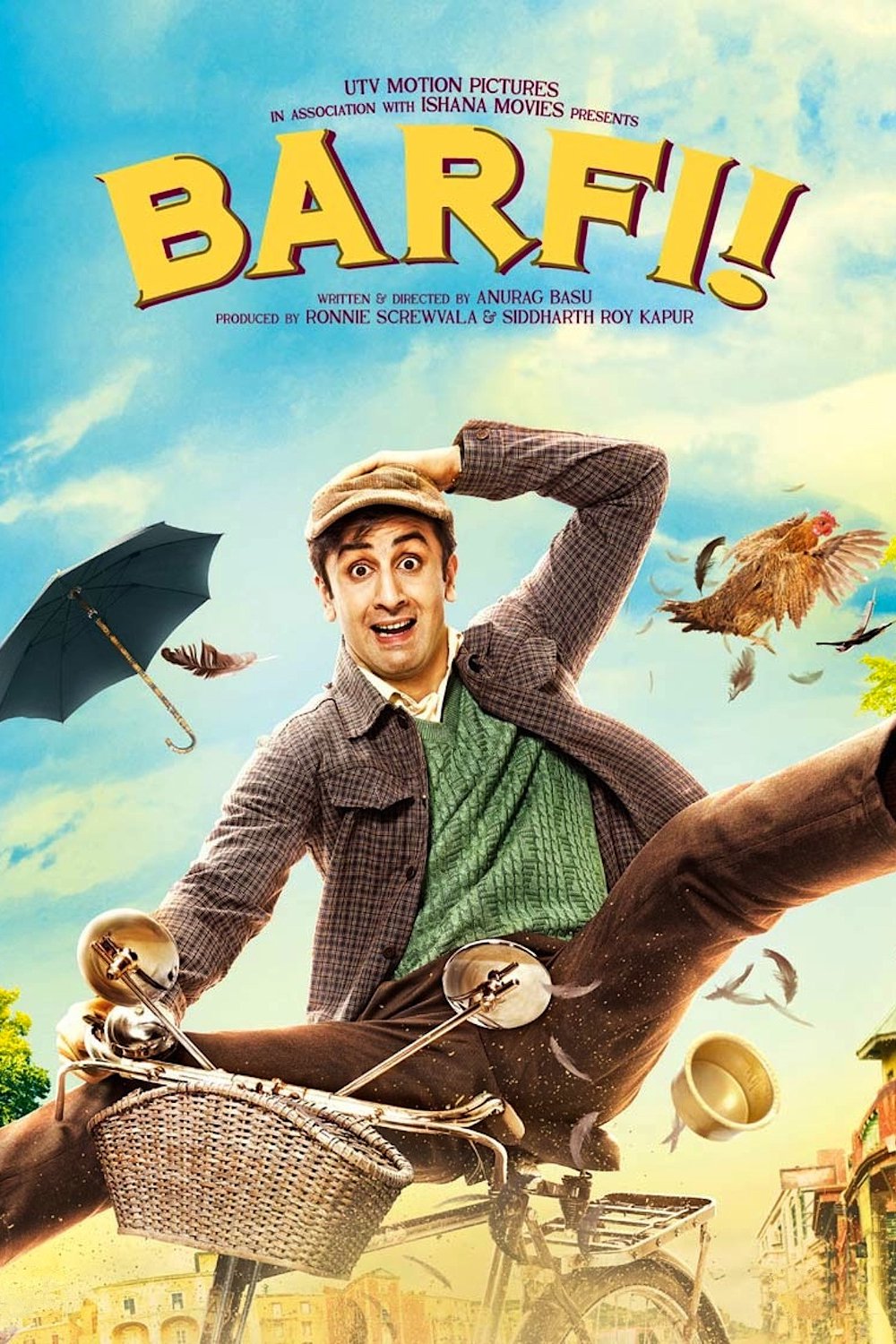 Barfi (Kapoor) is a carefree, fun-loving deaf man living in Darjeeling. When he lays eyes on the beautiful Shruti (D’Cruz), he is instantly smitten. She has feelings for Barfi too, but since she is already engaged, she’s forced to relocate to Kolkata. Barfi is also friends with Jhilmil (Chopra), the autistic daughter of a wealthy businessman. Following her attempted kidnapping, the two move to Kolkata. There, Barfi rekindles his friendship with Shruti, upsetting Jhilmil, who promptly disappears. Barfi and Shruti search for her along with a dogged, suspicious police inspector (Shukla).

Using deafness to explore the cinema of silence, Basu has created a magical fairy tale that triumphs in its use of images and music. Kapoor (the grandson of Indian great Raj Kapoor) gives a powerhouse performance, summoning the grace of stars Charlie Chaplin and Buster Keaton, as well as recent comedians such as Roberto Benigni. Basu showcases India in soft light and achieves a poignancy with his portrayal of unconditional love. The comedy shifts from physical slapstick to deft sleight of hand, but the tenderness is constant. This award-winning romantic fable is a treat for all ages.