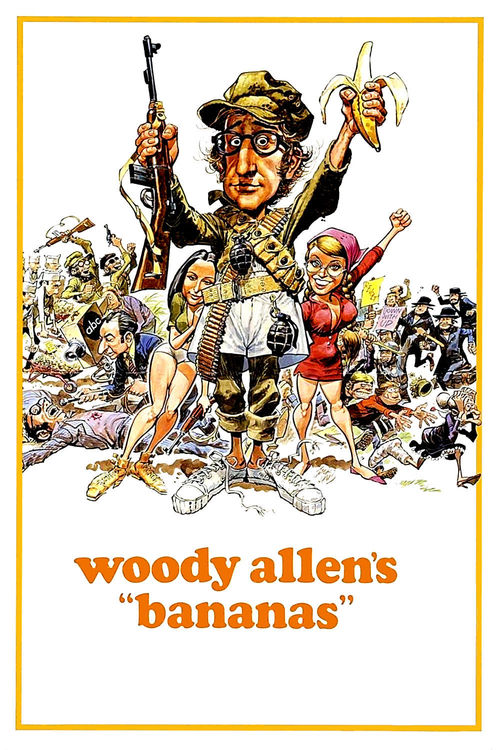 Hoping to rekindle their romance, neurotic New York product tester Fielding Mellish (Allen) follows the girl of his dreams, idealistic activist Nancy (Lasser), to the tiny Latin American nation of “San Marcos,” where she’s assisting rebels attempting to overthrow General Vargas (Montalban). Nancy wants nothing to do with Fielding, who is received as a dinner guest by the wily, scheming Vargas. After the rebels capture Fielding, circumstances lead him to become, unwittingly, the dictator of the country.

AAllen’s hilariously wise-mouthed schlub tosses off an arsenal of tart one-liners in “Bananas,” a madcap slapstick comedy that pokes fun at Fidel Castro, tabloid TV (Howard Cosell has a starring role, lampooning himself), the C.I.A., Jewish mothers, and unrequited love. A crazed homage to Don Quixote and the Marx brothers, “Bananas” was Allen’s second film, and the first over which he exercised complete creative control. Sylvester Stallone even has a cameo as a mugger. Go “Bananas!”