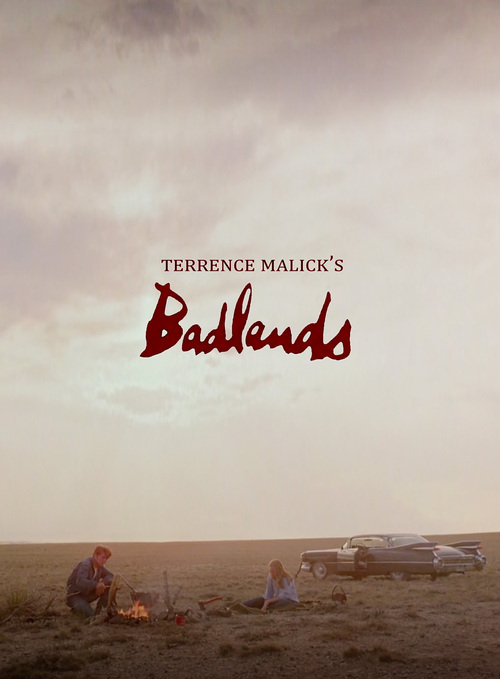 Surly James Dean wanna-be Kit Carruthers (Sheen) collects garbage for a pittance in small-town South Dakota. One day, he spots cute, quirky teenage redhead Holly Sargis (Spacek) on her front lawn twirling a baton, and immediately falls in love. But Holly's father (Oates) disapproves of the rough twenty-something drifter dating his young daughter, so Kit murders him and the two lovers go on the lam to do some more killing.

Loosely based on the 1958 Starkweather-Fugate murder spree that left ten dead in Nebraska, Malick's astonishingly beautiful and accomplished debut marked him as a filmmaker with a unique artistic vision. With Spacek's matter-of-fact voice-over and deliriously gorgeous natural imagery to go alongside the fervid subject matter, "Badlands" was a pastoral renegade epic unlike any other. Spacek is alien-odd and eerily child-like as Holly, but Malick's ace in the hole is Sheen, whose simmering, cock-strutting portrayal of Kit has a strange, perverse beauty all its own.