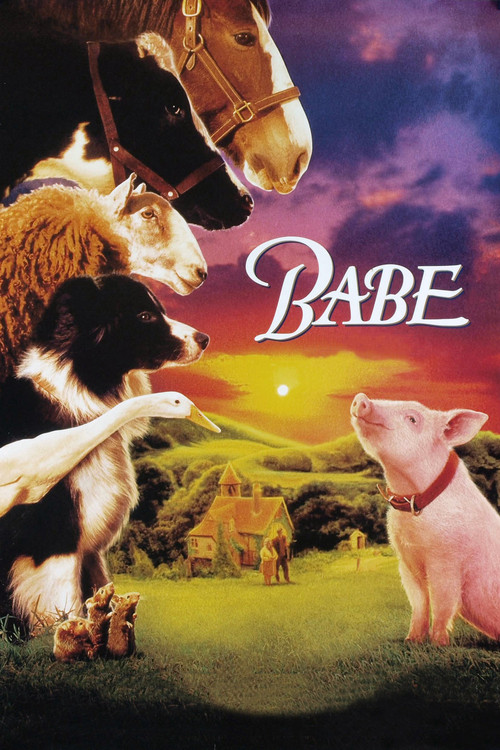 Separated from his family, despondent Yorkshire piglet Babe (voiced by Cavanaugh) is won at a county fair by kindly farmer Hoggett (Cromwell), and soon learns his eventual fate: the Christmas dinner table. Ignorant of the rigid social structure among the farm animals, Babe guilelessly befriends elderly ewe Maa (Flynn) and Fly (Margolyes), a maternal sheepdog who teaches him how to herd-and hopefully, save his hide.

Splendidly combining live-animal action with Jim Henson-esque animatronics, Noonan's irresistible "Babe" is a story about flouting convention and realizing one's potential. With its live menagerie of talking ducks, sheep, dogs, and a Greek chorus of mice mirroring the human pecking order, this Oscar-nominated film puts an intelligent, absorbing spin on self-betterment. Clever, rousing entertainment for everyone in your stable.