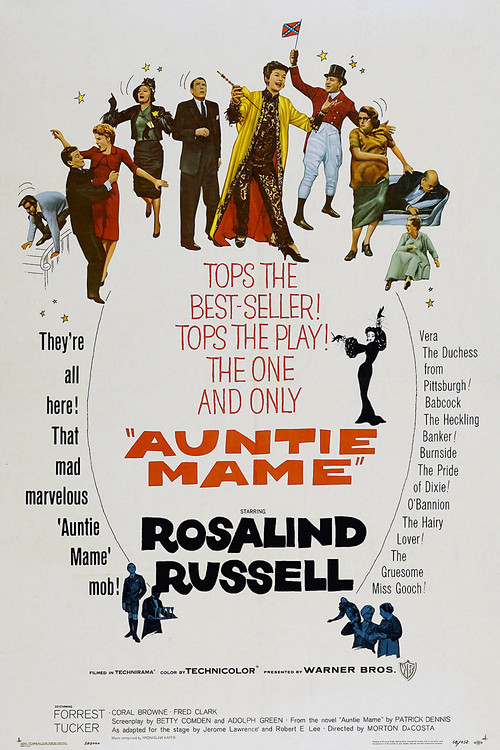 Orphaned when his father dies suddenly, impressionable 10-year-old Patrick Dennis (Handzlik) goes to live with his martini-swilling, flamboyantly free-spirited Auntie Mame (Russell). Through her, Patrick learns that life is a celebration, and should be approached as such. But stuffy executor Dwight Babcock (Clark) tussles with the bohemian Grande dame, wanting the boy to be raised under a stricter, more suitably aristocratic influence.

Reprising her brassy stage role with Broadway director Da Costa in this splendid screen version of "Auntie Mame," Russell is simply marvelous as the exuberant, amusingly eccentric society woman who coaches her pre-teen nephew in the ways of high-living decadence. Nominated for six Oscars, including one for Best Picture, the film boasts exquisite cinematography, ornate set design, and smart, upbeat comedic performances from Russell and co-stars Peggy Cass and Coral Browne. Darling, you'll have a high time in the company of "Auntie Mame." (Later musicalized as "Mame," with Carol Channing).