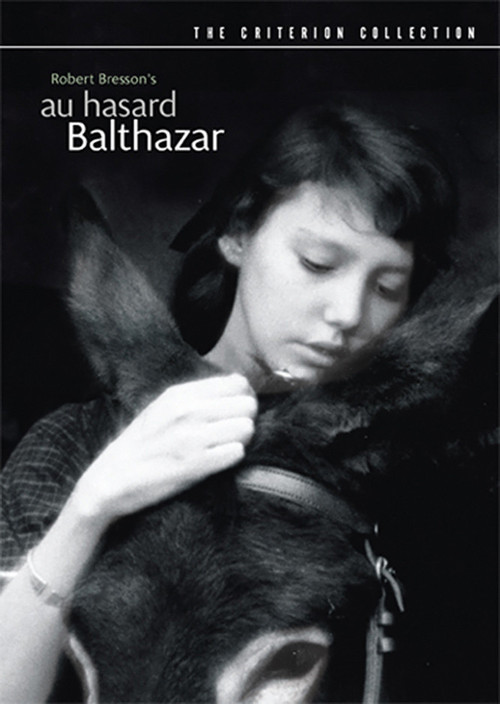 This unusually moving rural parable traces the humble life journey of a donkey as he is passed from owner to owner. Adored by a clutch of school-age children in pastoral France, the animal becomes the boon companion of somber young Marie (Wiazemsky), who dubs him Balthazar. When Marie endures a tragic turn of fate, the donkey also becomes a target for suffering, as a beast of burden. Kindly cared for and brutally mistreated at various stages, Balthazar's fate intersects with and ultimately reflects — the workings of our own humanity.

Deceptively simple yet cumulatively devastating, this important film will move some to tears, especially in the poignant final act. Bresson's characteristically austere direction and minimal aesthetic (physical gestures in lieu of dialogue, a cyclically heard Schubert sonata instead of a score) steer the story away from sentimentality to achieve something far more special: a transcendent (though markedly pessimistic) vision of humanity. "Balthazar" requires patience and concentration, but for those willing to yield to the melancholic spirit of this film, the reward is a sublime experience that stays with you.