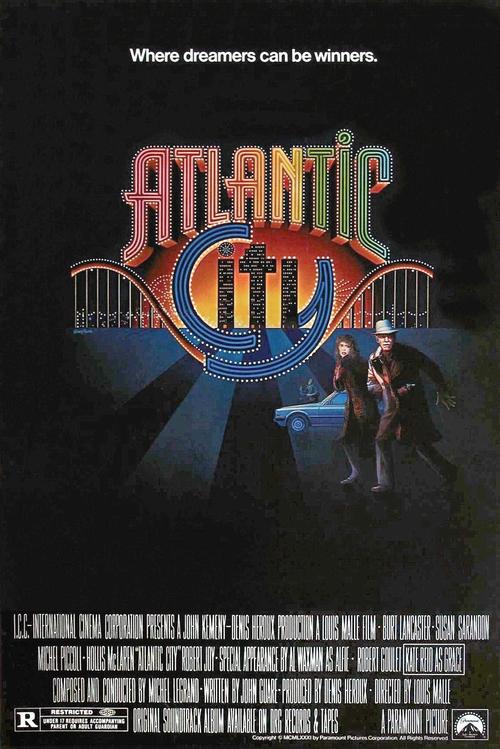 Lou Pasco (Lancaster) is a remnant of the old Atlantic City, a fading numbers runner who takes care of Grace (Kate Reid), the lonely, elderly widow of a mob boss. His neighbor Sally Matthews (Sarandon) is a symbol of the city's coming revitalization with legalized gambling -- a young waitress and aspiring blackjack dealer who hopes one day to work in a Monte Carlo casino. Lou comes into unexpected money via a botched drug deal, and finally gets the chance to live the dream he'd almost given up on, one that includes a new wardrobe, a wad of cash, and Sally on his arm. But will Lou's new reality last, and will Sally make her own dreams come true?

Hypnotic film by French director Louis Malle deals with themes of decay and regeneration in both character and setting. Lou personifies the past, Sally the future, with Atlantic City itself the transitional present making it possible for this unlikely duo to connect. Sarandon is luminous, but Lancaster's Lou forms the movie's heart and soul. A top-notch script by John Guare completes a winning package. This “City” is well worth a visit.