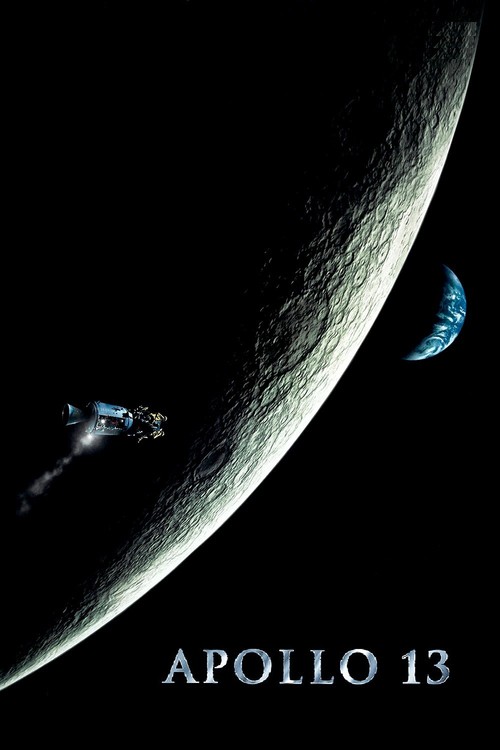 When an exploding oxygen tank threatens the 1970 Apollo 13 lunar mission, endangered astronaut commander Jim Lovell (Hanks) must work with fellow spacemen Fred Haise (Paxton) and Jack Swigert (Bacon) to pilot the injured craft back safely to Earth - or face a grim, suffocating demise 200,000 miles from home. Mission Control leader Gene Kranz (Harris) is with them every step of the way, providing morale and technical guidance, but knows the men face an extremely risky re-entry even if the air holds out.

A nail-bitingly tense (and true!) tale of survival against steep odds, this Oscar-winning drama rekindles the exhilarating enthusiasm the nation felt during the first flights to the moon, and also draws on the collective anxiety that pooled in the wake of the Challenger explosion. Even without this context, "Apollo 13" is a grippingly authentic thriller, crisply helmed by Howard and superbly acted by a first-rate cast, most of whom prepared for their roles with zero-gravity flights at the director's insistence. Houston, we've got no problem with "Apollo 13."

April and the Extraordinary World