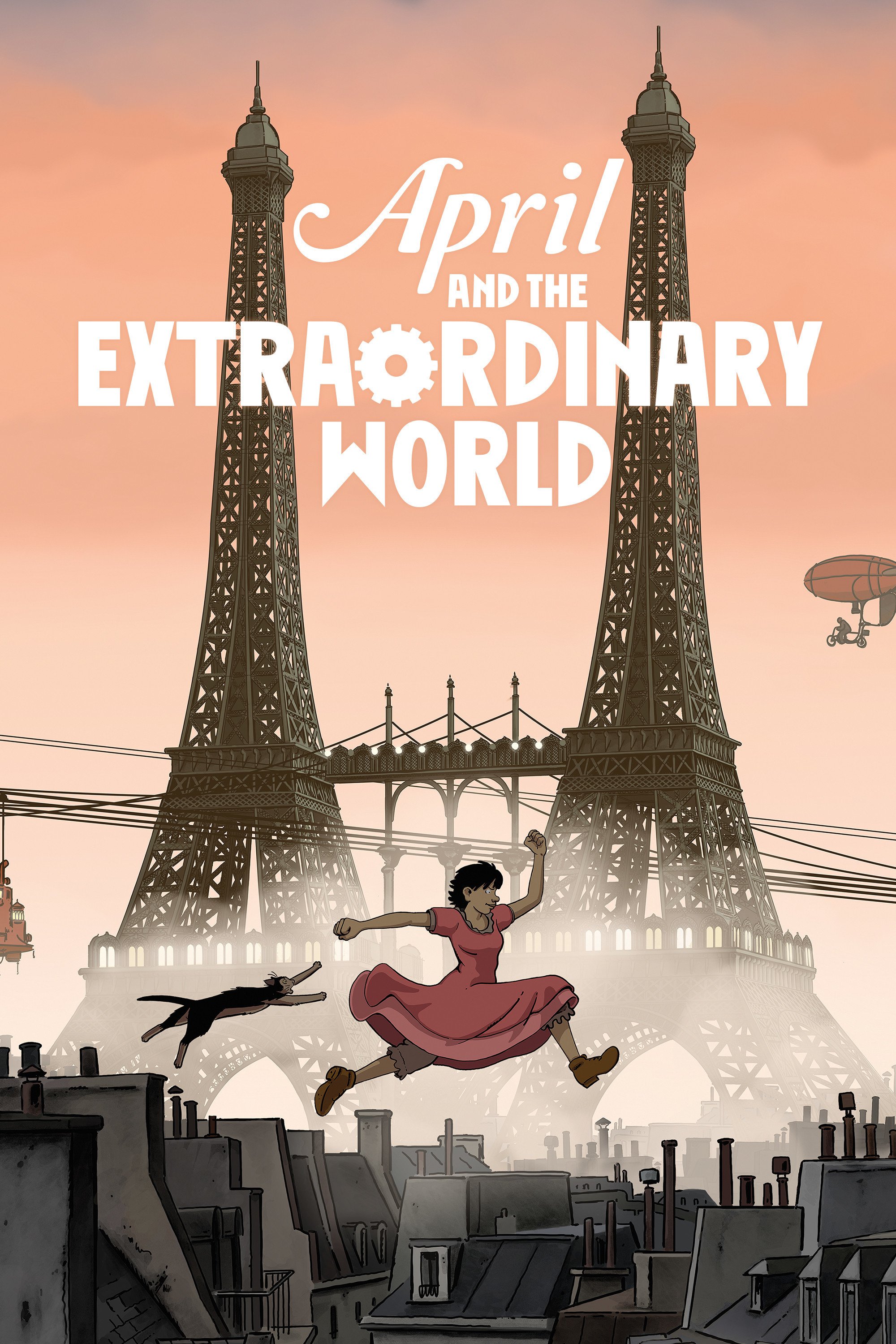 April and the Extraordinary World

Since the 1870s, scientists around the world have been mysteriously disappearing; as a result, Europe has never developed past the Age of Steam. Now, in the Paris of 1941, orphaned April (Galuppo), the daughter of two missing scientists, works to solve the mystery and get the world back on course. At the same time, with the help of her talking cat Darwin (Hale), she must outsmart Inspector Pizoni (Giamatti), who nurses a grudge against her family.