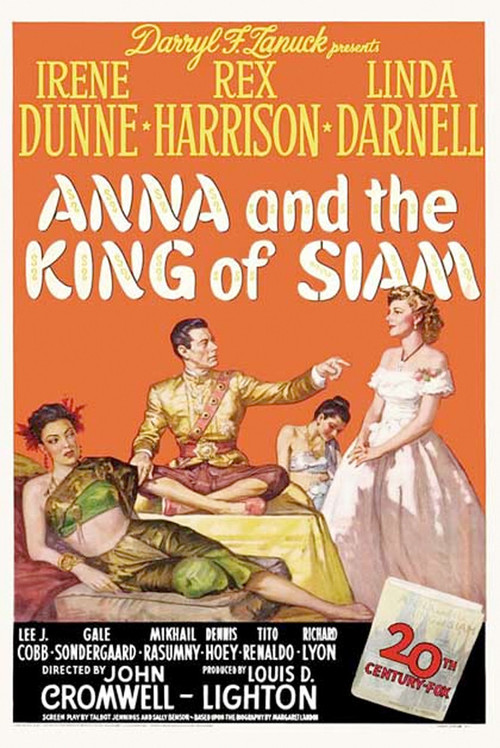 Anna and the King of Siam

Based on the true story of an Englishwoman who tutored the King Of Siam's large family in the mid-19th century, this film traces the unusual relationship that evolves between principled teacher Anna (Dunne), and the irascible but not unkind King (Harrison). This proud monarch, used to being obeyed without question, meets his match in the plainspoken, determined Anna, who never wavers from her duties, and in fact, has much to teach the King.

This sumptuous film boasts gorgeous sets, a clever, touching script, and charismatic playing from stars Harrison and Dunne. Also check out a young, virtually unrecognizable Lee J. Cobb in an unusual character role. Well-paced and richly rewarding, Anna scored five Oscar nominations, and won two (for Cinematography and Art Direction). Later musicalized for stage and screen by Rodgers and Hammerstein as "The King and I," the original stands very much on its own.