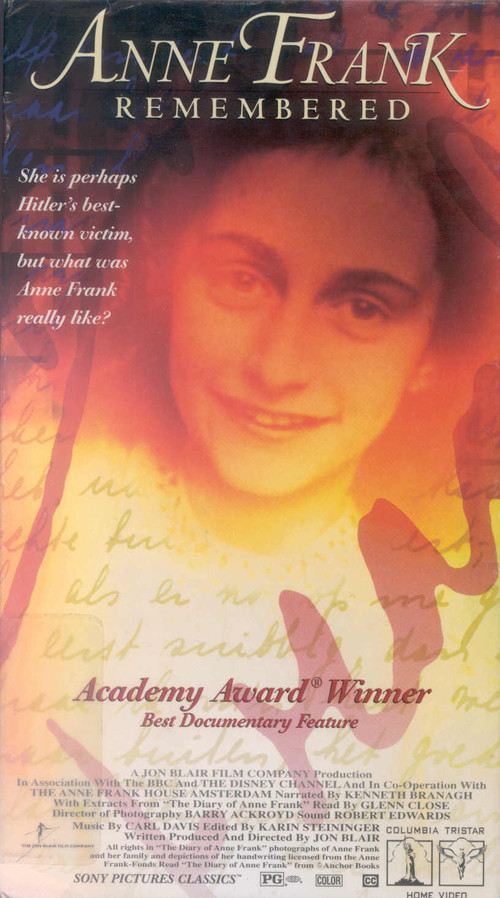 Doomed German-Jewish refugee Anne Frank, a young girl who with her family hid from the Nazis in an Amsterdam attic for years and kept a diary throughout, is memorialized in this groundbreaking British documentary. Featuring never-before-seen footage of Anne, testimonials from childhood friends and Holocaust survivors, and dramatic readings from her diary by Glenn Close, "Remembered" is the most detailed account yet of this courageous and eloquent girl's life and death.

An inspiration to millions the world over with her posthumously published diaries, Anne Frank here gets an eye-opening and deeply moving tribute from director Blair, who excavated rare film footage of Anne and her father Otto, the only member of the family who survived the camps. Quite powerfully, we also hear direct testimony from Miep Gies, a family friend who bravely risked her life to help the Franks escape, and Hanneli Goslar, the last person to have contact with Anne (through a barbed-wire fence at Bergen-Bergen). Narrated by Kenneth Branagh, this film gives the Holocaust a heartbreaking immediacy, evoking its unthinkable, barbaric cruelty.

Annie Get Your Gun