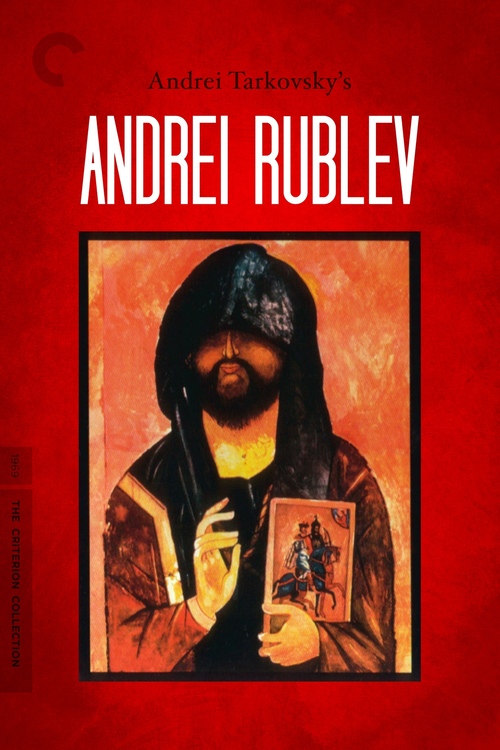 In the 15th century, icon painter Andrei Rublev (Solonitsyn) is asked to decorate the interior of a cathedral in Vladimir. Setting out with his entourage, Rublev bears solemn witness to the humiliations and horrors of Russian peasant life, including the brutality of Mongol invaders. With his faith shaken, and literally muted by the horror he witnesses, Rublev begins to question whether art has a place or a purpose in a world of such extreme degradation.

Told in eight episodes, Tarkovsky's visionary film about the life and times of Rublev, a master painter of church frescoes, is geographically sweeping and, in its glacially paced but probing set pieces, spiritually profound. Never before has a director devoted himself so unswervingly to investigating the role of the artist in society. The original cut of "Andrei Rublev" is long, clocking in at 3 hours and 25 minutes, but patient viewers will be rewarded with epiphanies about life and death, faith and religion, as well as the sublime power of the human imagination. "Rublev" is a masterpiece.