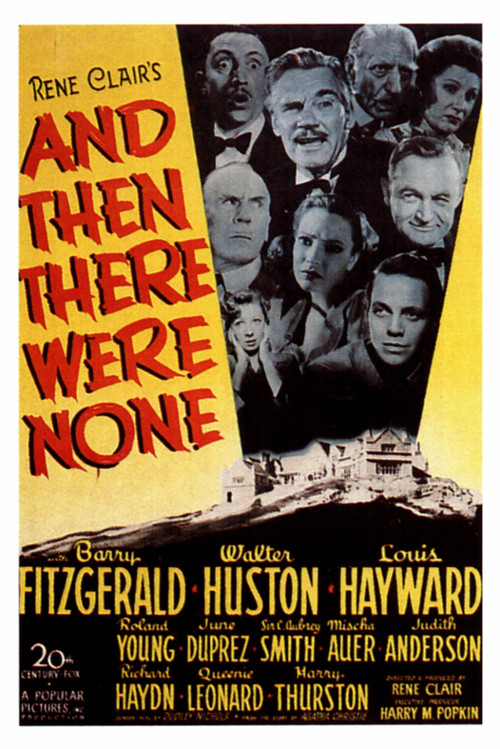 And Then There Were None

Adapted from Agatha Christie's justly famous mystery "Ten Little Indians," this story concerns a group of ten disparate characters invited to a millionaire's secluded island estate, where one by one, they start dying in ingenious ways related to the familiar children's rhyme. The host is nowhere to be seen either. Is he doing the killing, or is it one of the dwindling number of guests? And just why is it happening?

French director Rene Clair populates this quaint but ingenious whodunit with a wonderful assortment of old-world characters, including Judge Quinncannon (Barry Fitzgerald), Doctor Armstrong (Walter Huston), and General Sir John Mandrake (C. Aubrey Smith). You'll feel as uneasy watching this as the guests themselves, and equally baffled as to the who, what, and why of it all. Being in the dark was never this much fun. (Note: "None" was re-made several times, but we advise you to stick with the original.)

And the Band Played On